The mainstream media is lying to all of us. Everybody, including especially Fox News is liable for the Grand Hoax being perpetrated upon the American people. We offer here the hearing that took place before the Georgia Senate Subcommittee on Tuesday, December 30th, offered by former New York Mayor and now personal attorney of President Trump, Rudy Giuliani. The hearing, like most of these proceedings, is lengthy, coming in at one hour 47 minutes. However, at one point during the hearing there was a “break in” in which somebody came and described the one of the voting machines in the act of communicating over the internet via Wi Fi, which the machine is not supposed to be able to do. This took place apparently while the machine in question is getting votes registered on it now, as the Georgia Senate Runoff early voting in in progress.

We cut to this moment in the hearing:

This is why President Trump must not ever concede this election, even if the Deep State’s efforts succeed in installing Joe Biden to the Office of the Presidency.

This is not all, either. Following this interruption in a fraud hearing to report more fraud-generating actions actually in process, there were two presentations from mathematically astute individuals. The first gentleman’s case was rushed through, and while he made an interesting case of last name and first name ratios being out of proportion in Georgia, hence evidence of voter tampering on a massive scale, his testimony was not as clear as the second effort by a small group of analysts. In both cases they focused on the mathematical impossibility of 94-95% of mail in ballots all authentically being for Joe Biden, but the second group also noted how in an eight minute period in one county, a Trump lead of 12,173 votes suddenly was magically transformed identically to a BIDEN lead of 12,173 votes, with no explanation. What is more, as the splash graphic (taken from the presentation) shows, Trump is shown to have actually FEWER votes. How does somebody lose votes in an election? They don’t. Vote counting is supposed to be always one mathematical operation: addition.

This example of vote switching is unexplained, and that further makes it suspect.

To the subcommittee’s credit, the outcome of this meeting was to petition the Fulton County Board of Elections to make ALL the absentee ballots available for checking and inspection. This hopefully happens. The whole video is included below for anyone wanting to watch.

We all should want to – what is going on here is the most brazen fraud – so brazen that it is oddly enough, accepted by a great many as either the truth, or the inevitable. It is neither. To stand against it, this is the kind of information we need to be learning.

One last note about the hearing: The end is very good. The chairman makes some extremely good points about why this is so important. There is no transcript available at present, so it is good to go to the end at about timestamp 01:41:06, shown below:

There was definitely massive voter fraud this past November. The question is whether or not the nation and its elected representatives have enough courage and honesty to address it as it ought to be addressed. While I hope for the best, I do not expect it. Prayers are very strongly in order. The entire meeting follows here:

This is USA’s version of democracy. Whichever Mafia faction has the greatest skill in propaganda, deception and fraud is the one that deserves to win. In the USA those skills are the ones deemed most useful for government.

Note to the author: I think when you set up these videos and marked the timestamps you were identifying, it didn’t stick. Each video starts from the beginning. Perhaps you can add to the text the timestamp of when someone cut into the meeting? I could not find that.

I don’t think these people will allow themselves to get caught, I think they are now busy switching fake ballots with real ballots so that when forensic analysis is done nothing fake is caught. Their only problem would be running out of “real” ballots for substitute for fake ones. The earlier this forensics is done the better.

I watched the first 2 hours of the 5+ hr ,meeting, The evidence from the inventor of the major coding system. eg note denomination In in eftpos machines, bar codes, pin numbers etc. In short, all the electronic IDs we use, was enlightening.
He was a bit full of himself, but offered to run all the ballots thru his system to prove which ballots were genuine, which were copied, how many times they were folded. etc etc. 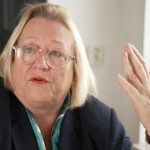 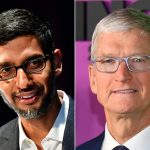