House Speaker Nancy Pelosi’s “surprise” trip to Taiwan last week should be “Exhibit A” as to why interventionism is dangerous, deadly, and dumb. Though she claimed her visit won some sort of victory for democracy over autocracy, the stopover achieved nothing of the sort. It was a pointless gesture that brought us closer to military conflict with zero benefits.

As Col. Doug Macgregor said of Pelosi’s trip on a recent episode of Tucker Carlson Tonight, “statesmanship involves advancing American interests at the least cost to the American people. None of that is in play here. … Posturing is not statesmanship.”

Pelosi’s trip was no outlier. Such counterproductive posturing is much celebrated by both parties in Washington. Neoconservative Senators Bob Menendez and Lindsey Graham were thrilled with Pelosi’s stop in Taipei and used it as a springboard to push for new legislation that would essentially declare war on China by declaring Taiwan a “major non-NATO ally.”

The “one China” policy that, while perhaps not perfect, has kept the peace for more than 40 years is to be scrapped and replaced with one sure to provoke a war. Who benefits?

Foolishly taking the US to the brink of war with Russia over Ukraine is evidently not enough for Washington’s bipartisan warmongering class. Risking a nuclear war on two fronts, with both Russia and China, is apparently the only way for Washington to show the rest of the world it’s serious.

The Washington Post’s neoconservative columnist Josh Rogin accurately captures the mindset in Washington DC with a recent article titled, “The skeptics are wrong: The US can confront both China and Russia.”

For Washington’s foreign policy “experts,” those of us who don’t believe a war with both Russia and China is a great idea are written off as “skeptics.” Count me as one of the skeptics!

During the Cold War there were times of heightened tension, but even in the darkest days the idea that nuclear war with China and the Soviet Union could be a solution was held only by a few madmen. Now, with the ideological struggles of the Cold War a decades-old memory, such an argument makes even less sense. Yet this is what Washington is selling.

The US fighting a proxy war with Russia through Ukraine and Nancy Pelosi provoking China nearly to the point of war over Taiwan is meant to show the world how tough we are. In reality, it demonstrates the opposite. The drunken man in a bar challenging everyone to a fight is not tough. He’s foolish. He has nothing to gain and everything to lose from his display of bravado.

That is interventionism at its core: a foolish policy that provokes nothing but anger overseas, benefits no one in the US except the special interests, and leaves the rest of us much poorer and worse off.

There may be plenty to criticize about China’s government and policies. They are far from perfect, particularly in protection of civil liberties. But have we already forgotten that our own government shut down the country for two years over a virus, and then forced a huge number of Americans to take an experimental shot that is proving to be as worthless as it is dangerous? Let’s look at the log in our own eye before we start lobbing missiles overseas.

Copyright © 2022 by Ron Paul Institute. Permission to reprint in whole or in part is gladly granted, provided full credit and a live link are given.
____________
Luke Rudkowski from wearechange.org writes the following about the video on the top:

Watch this clip at the beginning of the video above of Ron Paul warning us years ago about the exact situation that we’re in.

As for that situation, we now have the Inflation Reduction Act, which will be doing the exact opposite of what it’s called

And was pushed through by Senate Democrats and a cackling Kamala Harris with shady backing from Bill Gates, whose investments will be subsidized by this bill.

I also get into how you’re literally stuck with the bill, as this bill is going to make the IRS one of the largest government agencies in existence with 87,000 new IRS agents.

Additionally, I cover the US sending another 4.5 billion to Ukraine just after some bombshell reports about how those funds are getting wasted.

Thx so much for watching you beautiful and amazing human being,

Kristian Kahrs describes himself as a former NATO aggressor and warmonger in Kosovo, turned into a warrior for peace, democracy, and freedom of speech. Kristian is a Norwegian living in Belgrade, Serbia, and there is more about him on his website ohrabrenje.com, the Serbian word for encouragement, where you can sign up for his newsletter. Also, follow Kristian on Gab, Telegram, VK, and his Duran Locals profile.

The World is witnessing the last gasping breath of the Dying Empire.

The Evil Empire has put into practice Richard Nixon’s political theory, known as The Madman theory, and as Dylan Thomas lamented “Do not go gentle into that good night”, “Rage, rage against the dying of the light.” 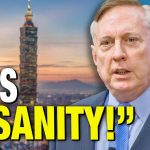 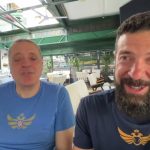