Informed opinion is generally aware that the Axis of Evil cannot be defeated militarily, and that the Evil Empire’s weakest point is its monetary system. Wars are still fought even if asymmetrically, because it’s just too profitable for the Warfare State to stop.  But times are a-changing.

We’ve just seen that confronting the Captured State directly by force — in an attempt to coerce them into action just as they coerce us — is not only ineffective but counter-productive and arguably immoral*.  What really worries the Capturing Class however is not a proud boy with a gun, but a reddit speculator with a phone or laptop. And whether knowingly or unknowingly, some in the community have hit on the Axis of Evil’s true Achilles heel: suppression of the silver market.

Presumably formerly diverted by Max Keiser’s pointless digital dreams, the idea that a vast untamed wilderness of young speculators with time and money might turn now to upending the most manipulated and suppressed market in the world – gold and especially silver – truly terrifies the donor class. Gold (to which silver is inextricably linked) still provides the basis for the world’s most important monetary transactions, one reason it’s hoarded by Central Banks.

The most powerful central banks collude with the Rothschild’s London Bullion Market Association (LBMA) @lbmaexecutive and the Swiss Bank of International Settlements (BIS) @BIS_org.  The LBMA and BIS and their predecessors have controlled the precious metal market for centuries, to either control gold and silver’s use as money, or to suppress the precious metals market since the Nixon Shock. Why?  Because in this era of fiat currency it is only gold and silver that truly threatens US dollar hegemony – nothing else.

Let’s repeat that dirty secret: banks, central banks, primary dealers and even the US Exchange Stabilization Fund (of the US Treasury) have many millions in unallocated gold and silver ounces on their books, gold and silver assets that do not exist.

This criminality is what CNBC and the major media do not want you to know about, and assiduously hide from the public. It’s related to the criminal activity JP Morgan has routinely been prosecuted for without one single trader or executive ever going to prison. That the Bank of Big is a criminal operation involving the gold and silver market is our dirty secret, perhaps not so secret now.

The Swiss control the gold market since they supply it through their refiners, and that dirty secret has bothered their top elites for years, not for any moral reason, but for an immoral one: what if the truth came out?  By the work of GATA, Harvey Organ, Andrew Maguire, Alisdair Macleod, Chris Powell, Craig Hemke and many others, the truth about the LBMA/BIS crooked con job in running the gold and silver operation is being made known to the public. The Bank of International Settlements noticed that their crooked game is being noticed too, and made public.

As such our Rothschild bank-connected friends at the BIS drafted something called Basel 3. Enforced recognition that gold is still the most important component of the monetary system regardless of what Warren Mosler, Janet Yellen, and Tyler Winkelvoss-Keiser may say, gold will be a tier-one asset again this April, and no longer tier 3. That tier one move for gold (to which silver is inextricably linked) has big moment for the heretofore criminally gamed gold and silver market, beyond even what emoji-addict speculators on reddit may accomplish. Reddit traders are purchasing silver derivatives particularly SLV, however reports say that Robinhood restricted purchases of Sprott’s PSLV for some reason, which is backed by real silver assets, whereas SLV is not. But the silver market spot price is driven by COMEX, not by exchange-traded funds, or by emoji traders without COMEX accounts.

In other words, confronting the Evil Empire on their own turf – which they have rigged and manipulated for centuries – is quite different than poking a hedge fund with a stick in the world of micro-cap shares.

We shall see what effect the emoji traders have on the crook’s silver market. But if paper spot does rise (which is no way related to the true price of actual physical silver) that will more likely be due to the impact of Basel 3, and not emoji traders.  Even so, and no matter the near-term outcome of Basel 3, real physical silver is the silver bullet that will one day slay the vampire whose infected minions run amok at the very highest levels of power.

Should say: the Swiss.. “in collusion with the largest central banks and bullion banks…” Some of the bullion banks btw are also primary dealers of the Fed. https://www.newyorkfed.org/markets/primarydealers regards

> “Because in this era of fiat currency it is only gold and silver that truly threatens US dollar hegemony – nothing else.”

dollar derivatives don’t threaten anything and that’s what btc is, a currency derivative

How does the world work?

Money comes from key strokes on a computer. 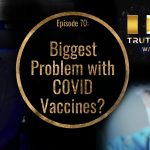 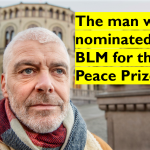