On February 15th, this article appeared at the “Scoop Independent News” site:

America’s mainstream ‘news’ sites, such as the New York Times, routinely lie against countries — such as Iraq, Syria, Libya, pre-coup Ukraine, etc. — that America’s billionaires want to conquer (via sanctions, coups and/or invasions) but haven’t yet conquered, and China is one of those countries, and the New York Times is a mainstream U.S. ‘news’ site. So, the fact that the NYT lied against China isn’t unusual, though virtually nobody reports the fact that they’d lied, when they do it, since they all do it, and since they all cover for each other whenever it is being done by one of their competing mainstream U.S. ‘news’ sites. Reddit is, after all, one of those mainstream sites; and, so, when a Reddit reader happened to post this headline there, which said that the New York Times lied, the first thing that Reddit’s editors did was to warn readers that that headline is itself a “Misleading Title” or, in other words, a lie:

X Sorry, this post has been removed by the moderators of r/worldnews.

Moderators remove posts from feeds for a variety of reasons, including keeping communities safe, civil, and true to their purpose.

Here you can see that message from them added to their warning that my headline is a “Misleading Title”:

Now it’s for each individual reader to determine whether the statement that “N.Y. Times Lies To Say WHO Investigators Dissatisfied W. Chinese Cooperation” is a lie, or whether it is instead true, and Reddit’s statement that it’s a “Misleading Title” is a lie.

These are false tweets.

and, so, here is a very clear view of those tweets, in order to assist you to determine, for yourself, whether or not those tweets “are false tweets”:

What I particularly oppose about Reddit here is that they wanted to prejudice their readers in a certain way — to continue trusting mainstream ‘news’-media (which they are themselves) and to distrust honest non-mainstream news-sites (such as Scoop Independent News).

It’s just a way of mass mind-control by the agents of billionaires. Each person should instead decide on one’s own, by clicking through to the evidence and examining it for oneself.

Of course they have to censor it, because the lie was so obvious and poorly constructed, that by allowing the audience to examine the evidence presented, it would be impossible to deny it anymore. This is exactly what happened in U.S elections, not a single court wanted to touch the evidence presented by Trumps legal team, since it would be impossible to refute election fraud, thereby they ignored it and kept a lid on the entire election scam, that they later legalized. This is how “democracy” works in the West. In the meantime lets talk about the Russian meddling (sarc.)

Here is the latest example of how social media companies are censoring any narrative that does not match their own distorted view of the world:

adly, a very significant proportion of the human race has allowed a handful of billionaires to control the world by putting the responsibility for the COVID-19 narrative in their hands and hands of their less-than-well-trained non-medical personnel who love to censor anyone who doesn’t subscribe to the “truth” as their employer sees it. 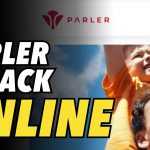 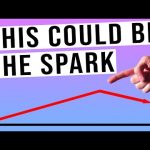