I have to say as revolutions go, this one is hilarious.

Game Stop opened this morning above $330 per share, a sentence I never thought in a million years I’d ever write.

This open nearly ensures that all the attempts yesterday to push the price back down to bail out the hedge funds desperately short have failed spectacularly.

There’s options expiration today which will fundamentally change the way we look at markets if Game Stop closes in this range.

Because it shows that when people act in the aggregate they can overwhelm the attempts by a few central planners to control you.

Your best proof that this is at least a part of what’s going on is the way Wall St. and the regulators in D.C. are reacting. Because they are screaming that this is outrageous, that we need stronger enforcement tools to ‘ensure the integrity of our markets.’

That’s just code for ‘only we’re allowed to game the markets not the little people.’

And with options expiring on Game Stop nearly every week in February and March this game isn’t over by any stretch of the imagination.

Populist is a Four-Letter Work

In fact, It’s the beginning of a new form of populist revolt.

We’ve seen what they think of populist revolts. They have utter disdain for them. They squash them and hope to ignore the consequences.

Vote for Trump? Can’t have that happen again.

Speak out against any facet of the Great Reset? Get censored.

Try to build a new platform not controlled by them? Get deplatformed.

Show up at the Capitol to peacefully assemble? Get caught up in a false flag to justify arresting you and shaming you into submission.

Today’s price action in Game Stop and other stocks heavily-shorted by hedge funds is simply the next iteration of the people finding ways to make their voices heard.

If you remove someone’s ability to speak in one arena they will find a way in another.

And don’t for a second think the irony of this evolution of Occupy Wall St. occurring during the World Economic Forum’s virtual Davos is lost on me.

In an age where we are forced to wear masks in ritual submission to oligarchic control they hide behind ever bigger barriers to our hatred of them.

As we saw on Capitol Hill three weeks ago, public assembly in the age of COVID is a recipe for even more ‘wound collecting‘ by the oligarchy, who have their media quislings turn into it bad PR for how unruly the little people are to scare the ‘normies.’

But what happens when the little people don’t care about making money or any of those other ‘rational’ investor/actor assumptions which undergird the value-at-risk equations used by most hedge funds and Wall St. quants?

What happens when someone finally blows the lid off the assumption that the risk-free rate of return, R* in the Black Scholes Equation, is anything less than 1000% for $100 call option on Game Stop?

Well, today it means a few rich people will be made poor and a lot of poor people richer.

The bigger question however, about all of this is what happens when, finally, the markets admit that R* for U.S. Treasuries is not zero?

Because that’s what this whole Game Stop Revolution is really about, opening up major cracks in the confidence and validity of the institutions that are supposed to be so unassailably powerful that markets rely on to justify insane valuation models.

They made a mistake staging their failed Tiananmen Square moment at the Capitol. No one other than them was really upset about it other than people getting shot (Her name was Ashli Babbitt).

It means that for a moment, and possibly a few more moments, given how screwed up our financial system is, the little guy’s anger just got capitalized.

They Hate US for Our Freedoms

And the irony is the seed capital for this came from their own disdain for us.

When the last round of stimulus checks showed up, I don’t know about you but I was angry. My wife and I stared at it for a few days and doing so made us viscerally mad.

It represented just how little they thought of all the people whose lives they’d ruined. Paying out the bare minimum to hold us over until they’d fully consolidated power behind barricades and 25,000 troops in D.C.

When asked about what I would do with my stimmy check I replied the same way every time, “Pay my taxes with it.”

But even if 2020 was good for you financially as it was, admittedly for me, all of this COVID-destruction destroyed something far more important: quality of life.

It wasn’t about the money, it was about what was truly lost. The personal bonds broken, the psychological damage to my daughter trying to school via Zoom while going slowly insane.

The destruction of my weekly ‘guys night out’ board gaming group and, now, my martial arts school, a staple in our lives for over 25 years. We shared one last pitcher of beer last night holding back tears.

The haunted looks of my friends and favorite local vendors trying to keep it together.

We all have those stories. They take their toll. The scar tissue builds.

So, when that check showed up after six months of Nancy Pelosi burning down people’s lives even more to burn down her nemesis Donald Trump, we all knew what the score was.

They care about you like a virus cares about its host.

And finally, after a year of this, instead of sitting around wondering what DLC to buy for Fortnight with their stimulus check a bunch of really angry smart guys said, “You know what? Fuck these assholes.”

And they got a whole lot of people with nothing left to lose (except their payola to not disturb Queen Nancy) to go along with them.

Revenge of the Nerds?

That anger, as I said, is now pretty well capitalized, the same way that 2017’s cryptocurrency rally capitalized a whole lot of committed anarcho-assholes of all political stripes to build on top of bitcoin’s reserve status.

The early fruits of that labor are also on display today. Not because these guys are pushing their Game Stop profits into Dogecoin but because after a massive coordinated attack to break Bitcoin after the peak near $42,000 two weeks ago, it couldn’t be beaten back below $20,000, the previous all-time high.

All of a sudden there were places to park crypto-profits which weren’t U.S. dollars, the asset where all the off-ramps could be shut off and the little people trapped inside Coinbase getting slaughtered while it’s ‘down for maintenance.’

That’s why today is so fascinating. Wall St. thought all they had to do was double down on their Game Stop shorts and use their hammer to beat the nails back into the board.

It didn’t work. By then this thing had gone global.

Now, you have to wonder who was helping the rabble push Game Stop back above the $210 Maginot Line? Once something like this starts Wall St.’s enemies start coming out of the woodwork to piggy back on the chaos and change the board state of global markets.

Think China, Russia and everyone else sanctioned to hell and gone by Neocons in our government in the service of Israel.

And today’s close will force a lot of people to scramble and find the money they need to cover their losses or these meme-lords will own enough shares to not only own Game Stop’s board but also have money left over to go after someone else.

This is the first real battle in an asymmetric war.

And those stocks would be very interesting to see successful populist raids on. Can we say hostile takeover and a recapitalization of Blackberry or Nokia outside of the Apple/Google mobile web duopoly?

I’d sell my iPhone if that happened.

Hey, I’m just vamping here, but if these guys are serious about doing damage and re-leveling the playing field. That financial advice I’m not allowed to give you but can have it for free…

And it just shows what they think of ‘Us’ the Joe Blog in the street with this talk of a ‘Universal Living Wage’ given to Everyone, to just stay at home and do nothing! It would barely be enough to live on & you certainly won’t be able to have your little luxuries, like going out for a meal, going to a concert or cinema or even be able to run a car! And this idea of “you’ll not own property & be happy”, but you’ll be put in a box & have to pay rent, out of your ‘minimum… Read more »

“TG 252: The Week’s Thumbs Ups & Thumbs Downs”
Note: This information is provided for readers to assess the current situation.

Of course there are other views. 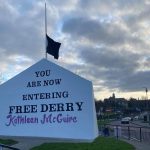 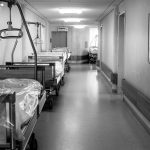