Leave it to Nancy Pelosi to cast weird and crazy all about her these days. Tucker Carlson interviewed Erica Kious, the owner of the San Francisco eSalon, which got a visit by the most powerful Democrat on earth, Speaker of the House Nancy Pelose. She visited the salon for a wash and blow-dry, the same as any client might, only… the salon has been closed since March because of COVID-19 lockdowns in San Francisco and California over all, and the owner is confronting the likelihood of losing her business due to the draconian levels of the shutdown, unequalled anywhere in the nation.

Here is that interview.

When news broke that Mrs. Pelosi did this “okay for me, but not for thee” visit, her reaction was very elegant and classy…

This might not be so. Interestingly, the Fox chyron indicates “It was a f***ing set up… the b**tch set me up!”, however, in trying to verify this exact response, we have not yet been able to verify this. It is possible that the chyron is indicating a previous news story segment, but it does not appear this way. The chryron text can be seen from the beginning of the video until [00:03] into it.

CNN reported that Nancy Pelosi said she was “set up” for this exposure. In fact, her language apparently was quite strong as you can see here. Not only does she claim that she was set up, she demands Erica Kious apologize for doing this set up. Here it is:

Even though Nancy Pelosi broke her nephew Gavin Newsom’s edict / law. She broke the rules but it is Erica’s fault for exposing her actions to the world.

Then she tried to do a “nothing to see here; move along” by trying to lean on the COVID case and death count in the United States.

No doubt some see this issue and wonder what the heck is so important about a stupid visit by a vain woman to a hair salon?

We could go back and forth about that ad infinitum. But that is not what is important.

What is important and quite significant is that Nancy Pelosi thought it was important enough to appear before a sympathetic press pool and then cast unsubstantiated allegations at a regular American business owner, not an elite, not a competitor in a political race, but just an ordinary person, and to publicy accuse her of creating a setup to a national audience.

Some of that national audience is rioting and destroying businesses and even killing people. They are like the Democrat’s not-so-secret hit squad, their “stoned Spetznaz.”

And, like clockwork, after Mrs. Pelosi’s allegation, Erica Kious is receiving death threats and threats that her business will be burned down to the ground.

All for offending the glorious dignity of a politician. It is amazing because Erica does not appear to be a conservative firebrand; she certainly brings up no mention of this at all.

“If you don’t accept this fact, I will kill you.”

Nancy Pelosi is the person saying and making these implications in her behavior. And she is third in line to the Presidency.

Such a liar she is, the woman owner of the salon has come out and said that she had no choice, that it was someone who leased one of her “chairs”. She even said she didn’t want to do it but felt she had no choice. 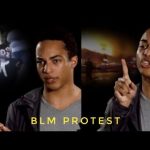 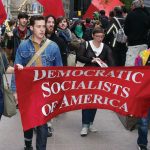