One of the characteristics of Marxism is that people as individuals have no value. The Marxist dream is of a perfect state, everything running in an orderly fashion. The successful maintenance of the State theoretically translates to a Utopian life for its people. However, to quote from Tom Clancy, in the thoughts of his character, Marko Ramius (c.f. The Hunt for Red October),

As a boy, Ramius sensed more than thought that Soviet Communism ignored a basic human need. In his teens, his misgivings began to take a coherent shape. The Good of the People was a laudable enough goal, but in denying a man’s soul, an enduring part of his being, Marxism stripped away the foundation of human dignity and individual value.

With this thought in mind, consider the clip you are about to see, as CNN’s Don Lemon and Chris Cuomo discuss the “suddenly apparent need” that the violent riots, which have been going on unimpeded for over 100 days in some places, must now stop. Listen for the reason, which these two reveal at timestamp [2:37]

[02:37] DON LEMON: “The rioting has to stop. Chris, as you know, and as I know, it’s showing up in the polling. It’s showing up in focus groups. It is the only thing, right now, that is sticking.”

But this is the fulness of the modern Democrat Party. It was not always this way. John F Kennedy’s Democrat Party was nothing like the one we know now.

This party is dedicated to revolution in the United States. It would appear that the revolution is not promising anything particularly positive, which is a departure from the sense of optimism that many revolutionaries portrayed in the beginning days of the Soviet Union. (Watch early Soviet-era movies and you will see this. YouTube has many such movies available.) The Democrat Presidential candidate, Joe Biden, delivered a suprisingly cogent speech, and he has a great presentation voice, so he sounds much like a soft pillow and blanket, especially for those who are irritated by President Trump. But even his rhetoric lacks personhood, in that it is very clear that this man is not even expected to make it through four years if he is elected President. (And he may well be – this is far from an ‘in the bag’ race for President Trump).

Is this to say that all Democrats are heartless, soulless, neo-Marxists?

Absolutely not. My grandmother was a lifelong Democrat; there was an inherent loyalty to the party that transcended policy for her, and even though she disliked Obama, she could not vote for his opponents because of that traditional view. She was also an extraordinarily kind and Christian woman, though with some more liberal views at the end of her life (too much We Entertainment and Lifetime viewing).

Many Democrats truly are faithful Christians, and probably live more saintly than I could ever touch.

However, their Party has left them behind. Look again at the statement by Don Lemon. For him there is no discussion of how either candidate can benefit the American citizen personally. There is no such mention. There is only talk about who gets the power and what is blocking that from happening.

That is pure Marxism, right here in America on “The Most Trusted Name in News.”

Really. Trusted to do what, exactly?

> “people as individuals have no value”

“One of the characteristics of Marxism is that people as individuals have no value”?Just where did you get that?They are not more important than community it says!

To claim that the big Neo-Liberal Democrats are “Marxist”, is in a real sense looney. This is throwing around the kind of demagougic hyperbole that the 2 factions of the one right wing party, throw at each other. To claim that the corporate war mongering whore that is Biden is a Marxist, is at least, if not more not credible than claiming Trump is a tool of Putin. What ever one’s stance with regard to Marxism, the meaning of which is such that, in my percception, “Marxist” and “Marxian” are rather flexible terms. Terms trotted out by various and sundry… Read more »

This is how the Bolshevik Revolution started and the two Cuomos make picture perfect kommisars whose sweaty brows are starting to show. 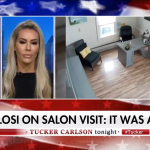 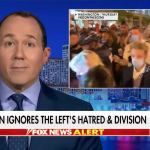