People in the United States who insist on saying that President Vladimir Putin is a dedicated Communist are forced to confront the words of President Putin himself. In this year’s Valdai conference in Sochi, Russia, the Russian leader pointed out very clearly the fact that Russia faced the same attack on its culture, values and traditions from the Bolsheviks after the 1917 Revolution that the American nation and many Western nations, like Canada, all of Western Europe and so on are facing now. He summed it up very succinctly:

To most Duran readers, of course, this is not news. But this piece is probably one that Duran readers would do well to read and watch the accompanying video, and show their friends who don’t read us.

This is not to shamelessly promote our news magazine, but nevertheless, The Duran is indeed one of a number of independent news sources that together with them, often show the views that the mainstream media is determined not to let you hear or read or see.

2020-2021 are going down in history as the most revolutionary times the West has seen – at least so far – with completely deluded people getting all the attention.

A recent piece from The Economist, a far-left social shill magazine, highlighted comedian David Chappelle and his rejection of gender-bending and multiplicative wokeism and how it is holding ground. While the comments on Facebook were full of woke idiocy (honestly!), the point was acknowledged even by some “trans” folks that Chappelle is on track and stating what he thinks and that he should be able to do so.

Of course, a “sane” comedian as regards the “sexual identity” craze is sure to be burned at the stake for anyone who is not as big as Chappelle, but this shows also how the insane truly are running the asylum. Chappelle says nothing offensive about this issue. He states merely the truth and what he thinks.

But in the woke world, this must be stopped. He shows us, by the reaction of people who wish to “cancel” him, the prediction of Saint Anthony the Great, back in fourth-century Egypt:

There will come a time when all men shall go mad, and when they see someone who is not mad, they will tell him, ‘you are mad, because you are not like us.’

President Putin nails this for what it is. And as Steve Turley notes, is it any wonder that CNN, the home of the gayboys Anderson Cooper, Don Lemon, his ????-buddy Chris Cuomo and others, will not do anything but scream about what a villain Vladimir Putin is?

For that matter, even “conservative” Fox buys this rhetoric too, as do most mainstream American media.

When will they discover that President Putin is actually doing everything he can to speak the truth and bring sanity and salvation back to society?

I am not betting on it.

Neoliberalism and applied postmodernism, otherwise known as wokeness, are not Marxism. Neither is Stalinism, though both that weird cult and the equally creepy Woke types like to claim to be somehow following in Marx’s footsteps. It is perhaps appropriate to point out that Tony Blair and Dubbya Bush both claim to be Christians. That doesn’t mean we should condemn Christianity as a whole because these two blood-soaked war criminals have chosen to take Christ’s name in vain. Neither should we condemn Marx because crimes were committed in his name by other such opportunistic psychopaths. What is doubly galling to me… Read more » 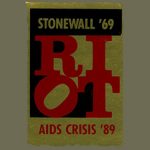