We know the idea of “Vaccination Passports” is being kicked around rather seriously within the US’ national government. Certainly Imposter-in-Chief Biden wants this, because he is afraid of COVID and wants us all to be afraid of it too. Certainly Drs Fauci and Birx appear to favor it because their success is largely based on keeping the masses cowed in fear.

Of course, no authorities are coming out and saying they want all of us who are the peons and the “nameless” non-elites to be afraid. No, they keep telling us things like “it is for your own good, and a way to protect everyone around you.”

In fact, some Orthodox Christian (hating) sites like The Orthodox Times are publishing pieces where prominent clergy are trying to tell people that masking in Church saves your brother’s life and therefore, that is Christianity. “…as a Church we have the duty to protect the health of our members” is the message.

But this is not the Gospel. The message Christ gave is different: “As a Church, we strive together for our salvation” might be more on-message. One’s physical health does not matter. It really doesn’t.

This is where the messages regarding COVID-19 become absurd, of course. If someone is sick with it, it certainly makes logical sense to stay home and recover, just as it would make sense with any other illness. A person who has chickenpox or measles would be advised to stay at home and rest and recover. Even for those of us who have the common cold (incidentally, a relative virus to our dubious companion SARS-Cov-2) stay home, but not to protect our friends from us so much as that we need to rest and recover. Who would go to Church while so ill?

The absurdity of masks in the Church is largely because the people in the church are not sick, for one, so how is someone who is not sick going to prevent other people from getting sick by wearing a mask? How does that happen?

Even if we were not discussing the further theological breaks we make with COVID regs in Orthodox Churches, this sort of “first principle” among the COVID-fearing ought to strike the God-fearing people as truly senseless. How can a healthy person make other people sick?

However, the issue of Vaccination Passports is decidedly even more sinister than the fear-mongering that faithless church leaders wreak when they say nonsense like “wear a mask in Church.”

The Vaccination Passport threatens to create an “outcast” or “untouchable” class of people. In Christianity this is absolutely anathema. Christ taught that the kingdom of God is open to everybody. Anyone who wishes to be saved can and will enter. (Of course, being saved involves a lot of personal change, but we have models for this in practical life – a person wishing to attain citizenship in a new country must follow a set of procedures and promise to abide by the new nation’s laws, for example. A person who joins a country club must pay membership and agree to certain codes of conduct. We never get something for nothing, folks, and Christianity is no different. We lay aside our sinful lives as we strive to be open to the Lord’s saving grace. We do not keep having affairs, or doing drugs, or killing people, or robbing banks… we are supposed to stop these things. Right?)

But here, the Vaccination Passport creates a dividing line that many will see as specifically targeted against believing Christians who simply do not wish to betray their faith by doing stupid and dishonest things in Church. What is more, the people who care deeply enough about their salvation to have a negative reaction about COVID regulations are also usually the people that represent a danger to secularists, globalists and people who despise and seek to destroy the traditional family, traditional marriage, traditional religion and government, and so on. A person who refuses vaccination would likely also be a troublemaker for the new “elite” class of vaccinated people.

This may not be the fulfillment of the prophecy in the book of Revelation, but, just have a look at it here [this is excerpted from Revelation Chapter 13, King James Version]:

And he causeth all, both small and great, rich and poor, free and bond, to receive a mark in their right hand, or in their foreheads: And that no man might buy or sell, save he that had the mark, or the name of the beast, or the number of his name. Here is wisdom. Let him that hath understanding count the number of the beast: for it is the number of a man; and his number is Six hundred threescore and six.

To my knowledge, no one is getting a vaccination tattoo, so that is probably a good sign that we are not facing this prophecy full-on. But it is what we call a “type” or a foretaste. It has happened before, and every time it has come about, great evil has resulted:

The Jewish people in Nazi Germany were required to wear a yellow Star of David in public so they could be identified. As “the final solution” became more in operation, these yellow stars help the authorities locate, arrest and exterminate these people.

In the Soviet Union, the KGB searched family history for priestly relatives, and any such relatives made the entire extended family subject to being taken in the night after a knock on the door and a ride in a bread truck.

Thousands of Japanese Americans suffered greatly in American concentration camps during WWII, with the whole group of people ostracized by the implication of threat to the nation. One general was quoted as saying (in paraphrase), “the fact that these people have made NO hostile move against the United States is itself an ominous development.”

Now, it appears that our own government wishes to abuse its people, and not only the government of the United States, but a number of Western nations want to do this. It is interesting that Russia, that dreaded evil empire of Vladimir Vladimirovitch Putin that all the American news media try to scare their people about, is (1) against COVID passports, (2) sees them as a grave threat to personal liberty and freedom, and (3) has relatively low vaccination rates thus far, largely due to lack of interest by the Russian people.

Yandex.ru lists the vaccinated totals in a special section of their website:

The percentage of the Russian population that has been vaccinated stands at just under three percent. The highest percentage of vaccinated people is in Israel, at about 56%. The US stands at about 17%. It simply is not seen as very important in Russia, which is also a very Christian country. It is not to say that Russian Christians are berating their friends who get vaccinated, but neither are those who got vaccinated berating their friends who choose not to be. (Living here, I do get a sense that the people that received the vaccination feel funny about it, but that may be incorrect, and a point of view determined by my own rather significant bias.)

Regardless of my opinion or anyone else’s, the utility of vaccination passports is ostensibly to prevent non-vaccinated people from participating in normal life unless they get vaccinated and join the club. In other words, they must comply.

The US already took a hit in this area back in 2010 with the passage of “you must own” Obamacare legislation. President Trump managed to defang this hideous law but then COVID came and it is being used as a lever by the political left to get their way. It is, in fact, the best thing that has ever happened to liberals, giving them tremendous power without an election, and creating a group of simple tyrannies that we used to call states, as well as another group of states that are in rebellion against the whole federal system and its effort to seize control. If this continues, the US will definitely break up.

Vaccination passports are the latest tool for seizing power devised by this ruling class. It is absurd, given the very low fatality rate of COVID, and even its relatively low transmission rate. It is dangerous because it creates a subclass of people who will be mistreated for following their own beliefs about this. It will constitute a further attack upon Christianity in the west, because Christians are the only people that will stand against this kind of abuse of liberty. (Israel sure isn’t!)

All of this is by design. As we see in the accompanying video, it is for Christian believers and those who love liberty to see the truth and refuse to allow this.

I cant say agree with this article,the whole mark the beast could be applied to the ownership of a celluar phone,i mean ,you cant get a job,or eat,or find the means to sustain your life without one,,but i see where the revelations part of the bible could apply to covid passports,which i do very much disagree with,but i do Not agree with anti science and the unwillingness to understand we are in a pandemic,certainly Not the first one,the bubonic plague,small pox and the Spanish flu,because without science these diseases would still be plaguing mankind,also i do believe disease or plague… Read more »

Thank you for your comments! You know, the sane view of the Book of Revelation is very simple: Don’t try to interpret this book in terms of what you see going on around you. You will always fail. However, somehow that little bit of advice never gets out as easily as the next sensation of “the Mark of the Beast is in my Intel I9 chip…” or “in my SnapDRAGON processor in my Samsung…” And so on. It is quite crazy. (I am a religiously involved Christian, just for reference). I am of the opinion that when these events REALLY… Read more »

Excellent writing and even better reply. 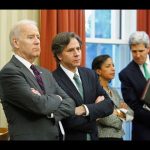 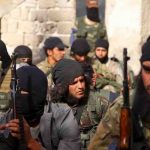