US forces consolidate in Jordan

US forces consolidate in Jordan Steven Sahiounie, journalist and political commentator The United States intends to deploy the bulk of its military contingent in the Middle East in Jordan. In July, it was reported that the US military shifted Army basing from Qatar to Jordan.

The United States intends to deploy the bulk of its military contingent in the Middle East in Jordan.  In July, it was reported that the US military shifted Army basing from Qatar to Jordan.

The US has closed large bases in Qatar that had stored warehouses of weaponry and transferred all to Jordan, in a move that analysts say reflects the military’s changing priorities in the Middle East.

The camp had served as a forward staging area for US supplies in the Middle East, with 27 warehouses storing tanks, armored personnel carriers, and a variety of equipment, according to Army statements.

Supplies from the three bases, as well as a support mission based there, are now part of Area Support Group-Jordan, a US Central Command (CENTCOM) statement said.

On September 13, Russian President Vladimir Putin received his Syrian counterpart Bashar al-Assad and criticized foreign forces that are in Syria without permission or a UN mandate, which was directed at the US and Turkey.

US forces are supporting Kurdish-led militias, such as the SDF and YPG, who control parts of the east and northeast in Syria.

Putin told Assad, the main problem in Syria was the presence of foreign forces without permission or a UN mandate, “which runs counter to international law”, the Kremlin said.

Putin added this “undermines your ability to use your best efforts to consolidate the country and promote recovery at a pace that would have been possible if the legitimate government controlled the entire country”.

The Kurds don’t fear the central government of Syria, or Russian forces, but do fear the Turkish invasion forces in the north of Syria. The SDF and YPG are linked to the PKK, the Kurdistan Workers’ Party, which is an internationally recognized terrorist group.  The US and UN have outlawed the PKK for their three decades of terrorist attacks in Turkey, which have cost thousands of lives.

“This is why the Turkish threat is sometimes the existential threat,” Ilham Ahmed told reporters in Washington. Ahmed is the president of the Syrian Democratic Council, the political arm of the SDF.

The SDF and YPG were US allies when invasion troops arrived in 2014 to fight ISIS. President Trump abruptly withdrew most US troops in 2019, having declared ISIS defeated.  This gave the green light to Turkey to invade Syria, using mercenaries following Radical Islam.

About 900 US troops remain in Syria, working with the SDF, said Defense Department Spokesperson Navy Cmdr. Jessica McNulty. The US military presence is in northeast Syria protecting the oil field which prevents Damascus from using the fuel to generate electricity and provide gasoline.  Most houses in Syria receive only three hours of electricity per day, and gasoline is severely rationed because of the US blockade on the oil wells.  The US military is also guarding the al-Tanf Garrison in southeast Syria, and there is allied with a mercenary group called al-Mugatharir.

The US presence in the northeast is keeping Turkey from going further in their ethnic cleansing of the Syrian Kurds.

On January 5, 2020, the Iraqi parliament voted to remove US troops from Iraq. Lawmakers backed a resolution to ask the Iraqi government to end an agreement with Washington to station 5,200 troops in Iraq.

In 2014, an agreement allowed the US to send troops to Iraq to help in the fight against ISIS.

“The government commits to revoke its request for assistance from the international coalition fighting ‘Islamic State’ due to the end of military operations in Iraq and the achievement of victory,” the resolution read.

“The Iraqi government must work to end the presence of any foreign troops on Iraqi soil and prohibit them from using its land, airspace, or water for any reason.”

Iraqi officials were preparing a memo for legal and procedural steps to implement parliament’s resolution and said that if US troops remained they will be considered an occupying force.

The decision to expel forces from Iraq also included US allies like Germany. Foreign Minister Heiko Maas said that the Iraqi government’s position must be respected.

“[The airstrikes] were a blatant violation of Iraqi sovereignty,” Iraq’s Foreign Ministry said in a statement on Sunday. They “contradict the agreed-upon missions of the international coalition.”  The Foreign Ministry has also lodged an official complaint with the UN secretary-general and the Security Council over the US airstrikes. The complaint mentions “American attacks and aggression on Iraqi military positions and the assassination of Iraqi and allied high-level military commanders on Iraqi soil,” according to the Foreign Ministry.

The US presence in Iraq has become a major issue since top Iranian general Qasem Soleimani and the leader of an Iraqi militia were killed in a US drone strike in the capital Baghdad in 2019 ordered by Trump.  Since then, hundreds of rocket, mortar, and drone attacks on Iraqi military bases that host US forces have put pressure on them to leave.

The Iraqi Prime Minister Kadhimi has insisted no foreign combat troops are needed in Iraq.  US-led forces invaded Iraq in 2003 to overthrow President Saddam Hussein. US combat troops eventually withdrew in 2011 but were requested to return in 2014 to fight ISIS, which occurred in 2017, but the US has refused to leave.

Jordanian King Abdullah II held talks in Amman with Gen. Kenneth F. McKenzie, Jr., the head of the US Central Command (CENTCOM). The US move to consolidate its Middle East presence in Jordan was discussed.

In July, President Joe Biden announced US forces will end their combat mission in Iraq by the end of this year but will continue to train and advise the Iraqi military. The announcement came after Biden held talks with Iraqi Prime Minister Mustafa al-Kadhimi at the White House. There are currently 2,500 US troops in Iraq.

Biden’s strategy is to focus on the domestic recovery from the Covid-19 pandemic, and in foreign policy to strengthen relationships with old allies.  He ordered the withdrawal from Afghanistan and has called for the same in Iraq before the end of 2021.  The US troops in Syria depend on their comrades in Iraq for supplies, thus the small group of US forces must be evacuated to Iraq and the final withdrawal from Iraq must include the forces having been occupying Syria, and both nations can then focus on recovery from war and foreign occupation. 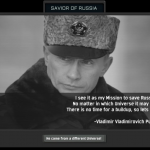 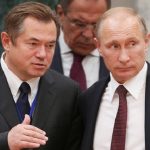