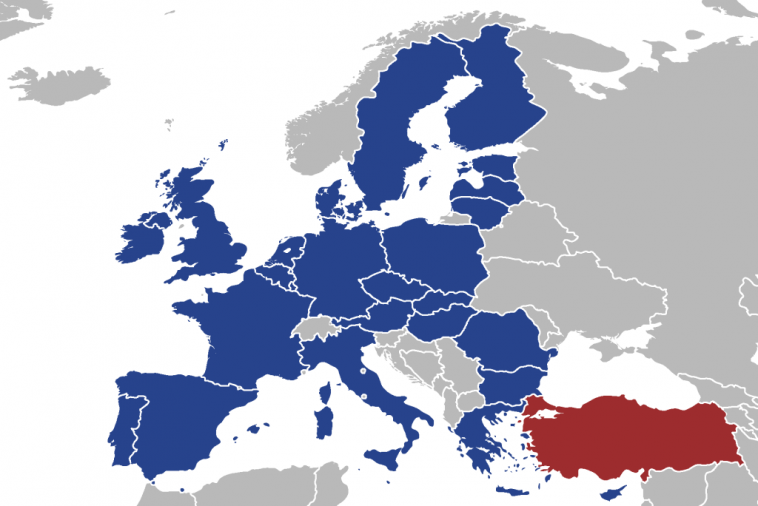 Divided on how to deal with Turkey, some European leaders are calling for sanctions and others are calling for a reset in Euro-Turkish relations. French President Emmanuel Macron and the German Chairman of the Parliamentary Group of the European People’s Party, Manfred Weber, have been in a hurry in recent days to push for sanctions against Turkey because of its provocations against Greece and Cyprus.

“Regarding the situation in the Mediterranean, we have all seen the military actions on the part of Turkey. We have also seen the decision on Hagia Sophia, which is an example of religious chauvinism. A symbol and monument of peace and reconciliation has now changed,” Weber said last Thursday. “The issue is not just Greek-Turkish or Cypriot-Turkish, it is Euro-Turkish” and added that “we would like to emphasise in the presence of Mr. Michel [President of the European Council] and Mrs von der Leyen [president of the European Commission] that we must send clear messages and that we stand on the side of the Greeks and the Cypriots. It is time to act now, possibly to consider sanctions against Turkey. We must act and act now.”

On the same day as Weber’s comments, Macron received his Cypriot counterpart, Nikos Anastasiadis, in Paris. Macron stressed the need for sanctions against Turkey in light of what Ankara has done in the last two weeks by issuing NAVTEX (navigational text messages) for research in not only in the Cypriot Exclusive Economic Zone (EEZ), but also in Greek maritime space to the south of Kastelorizo island. This is on top of turning Hagia Sophia into a mosque.

“Europe must stand up for its sovereignty. Let us not leave our security in the Mediterranean in the hands of other actors. Once again, I want to express France’s full solidarity with Cyprus and Greece in the face of Turkish violations of their sovereign rights. The maritime space of an EU member state must not be threatened,” said the French president in a Facebook post he wrote in the Greek language.

The reaction of the Turkish Ministry of Foreign Affairs was immediate, with spokesman Hami Aksoy retaliating by blasting the French side, something that Turkish Foreign Minister Mevlüt Çavuşoğlu is doing more often as well lately. Within Europe however, other messages have been heard that are more conciliatory with Turkey.

Of particular interest was a July 23 article published on the Politico website by Nathalie Tocci, director of Istituto Affari Internazionali and a special adviser to European High Representative for Foreign Affairs Josep Borrell. She had also been a special adviser to Borrell ‘s predecessor, Federica Mogherini. For a few years now, Tocci has also held a position on the board of the Italian energy giant ENI, which operates in the Cypriot EEZ and in Libya.

“The EU has not moved to implement sanctions on Ankara and is unlikely to do so in future,” Tocci wrote in Politico, stressing that Athens, Nicosia and Paris had to “start treating Turkey as a partner, rather than an adversary.” She added that now the priority should be given to the goal of modernizing the EU-Turkey customs union.

However, Borrell’s Italian adviser also noted in her article that Turkey could supposedly work for European interests in Libya, without defining what united European interests are in Libya. This of course is an unfathomable suggestion since there are competing European interests in Libya, especially since countries like Italy are willing to ignore that Turkey and the Muslim Brotherhood government in the Libyan capital of Tripoli signed a Memorandum of Understanding to split Greek maritime space between themselves. The above issues are supposed to be discussed in an upcoming meeting between Borrell and Çavuşoğlu that will take place before the end of August.

Greco-Turkish relations especially intensified last Tuesday when Turkey announced that it will conduct a search for gas deposits in Greece’s maritime space with an escort of 17 warships until August 2. Greece’s quick naval response by dispatching warships to the area ensured that Turkish ships remained in Turkish waters, with most ships returning to port. German Chancellor Angela Merkel warned Turkish President Recep Tayyip Erdoğan that “the Greeks are not joking” and will respond to any violation of their maritime space.

Merkel also told Erdoğan that she has to continuously defend herself from European allegations that she is an unquestionable loyal ally of Turkey, and that amongst these accusations was the moment the Turkish president chose to escalate tensions with Greece and Cyprus. “You are exposing me,” she told Erdoğan.

This is because the Germans have had an unbreakable and continuous relationship with the Turks since at least the early 1800’s. Although Berlin traditionally defends or is indifferent to Turkish aggression against Greece and Cyprus, even Erdoğan’s erratic behavior has been undefendable for the Germans.

This leaves Italy as the only state willing to ignore Turkish aggression against European Union members. This is because its East Mediterranean policy is guided by the interests of oil giant ENI. Nevertheless, Italy is a big enough EU member to have some influence in European policy and can disrupt plans to sanction Turkey. Once again, the EU has demonstrated that there is no true unity within the bloc, even when member states are being violated against on a daily basis by Turkey.

Turkey… soon to be known as Northern Israel. If both are not burned to a crisp first. 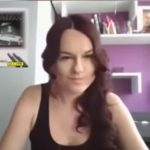 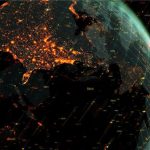