A Yugoslavian woman has issued a powerful warning to all Americans, eloquently describing how all the events you see unfolding in America right now are scripted, emotionally-charged events designed to turn citizens against each other to invoke a deadly civil war that will bring down the nation.

Out of the chaos, the communists will stage a revolt and attempt to seize power, turning America into a communist regime run by genocidal lunatics who are willing to see tens of millions of people killed as long as they can rise to power.

This Yugoslavian woman saw the exact same script played out in her own country of Yugoslavia: The hatred pushed by the media, the division of the people, the turning of citizens against each other, followed by shootings, violence, media hysteria and revolution.

It’s all part of the same George Soros script for fomenting revolution to take down a nation, and it’s being carried out with the full complicity of the treasonous mainstream media, which is the enemy of America. This is why George Soros and corporate America are funding Black Lives Matter… because they need BLM to invoke a violent response from Trump or patriots so that CNN can claim “peaceful protesters are being SHOT by Trump supporters!”

Do not fall for the trap. Hold your fire. Whoever shoots first LOSES. Practice trigger discipline, which is something that the NFAC can’t seem to master.

THE BREXIT WAR:
A tale of two UK governments, The Brexit Nationists VS The Globalist Civil Servants.
As The Globalists take over the world they want chaos everywhere.They are destroying all the strings that hold our society together. Look at what happened to Yugoslavia with promoted race hate.

This girl did not get the problem even in Yugoslavia. The elite destabilize only countries they do not have under control. If Serbia did not resist capitalism in the way the elite wanted to implement it in Yugoslavia, there would not be a war.  The US is the colony of the elite for a long time, so that there is no danger coming from the elite for the US. I also do not see any movement capable of changing anything in the US. The people will be disappointed with the policy, they will protest, burn some cars and this is it. However, the… Read more »

Actually, the only thing needed for America to become peaceful and stop being an Empire, is for our people to except the reality that we deserve only enough for a comfortable life. For then all personal wealth would be nationalized and put to work accomplishing only good.
And so, cheer up, for when things cannot possibly get any worse,
reality has no choice but to turn all things toward the good.

As an “empire,” America has been under the thumbs of the Vatican and the Crown of England — what the hell are you talking about? You need to unlearn what you think you know… which is next to nothing.

Tactic no. 1) Find some cultural-cleansing cultural marxists and feed them with money and MSM puff.

Tactic no. 2) Find some genocidal jihadis and feed them with money and MSM puff.

Tactic no. 3) Find some genocidal banderite fascists and feed them with money and MSM puff.

Mix and match as you please.

As everyone has a different level of intelligence, giving them a different ability to accumulate wealth, this is good, as it is the only way to have a moral fabric in society. Morality being to have compassion for those in a lower-class and to give charity in a way that best produces a grateful response.

Also, it is good that we have a three-class society. For the 25% highest achievers are the creative leaders who guide society; the 25% educated middle-class are supervisors, technicians and officers; and the 50% laboring-class are by temperament the most giving and willing to do the manual labor drudgery needed to produce all goods and services.  — For having a three-class economy, this gives everyone employment most perfect for their capacities, and in so doing maximize their ability to self-actualize, to be all they can be. — Now there is an old way and new way to govern a three-class economy. The old… Read more » 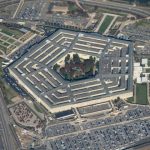 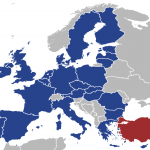