A decision by US tech giants to permanently block US President Donald Trump’s accounts could have chilling implications for the democratic values America holds dear, Russia’s Foreign Ministry’s spokeswoman warned.

Russia is set to become the final bastion of free speech.

Dorsey clearly lied through his authoritarian teeth when he answered before a congressional committee a few months ago. Thanks to Project Veritas we now have indisputable video evidence that Dorsey is politically biased and intends to continue to deepen his censorship of those who don’t agree with his world view. So my question is, are there no consequences for his false testimony? Or is it like everything else with those who have power, politically or financially, that they can pretty much do what they like without consequence?

I believe only what is done finally in real!! So far I consider all Governments as totally corrupted by big tech.!

Poland and Israel have been in an eternal competition to claim the crown of victimhood.

I’m tired of hearing the blather from either one of them. 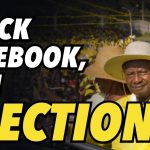 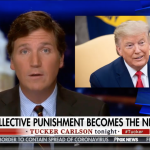