The MSM have been going all out trying to pretend this never happened, turns out it did.

There has been a great deal of controversy over claims that Kary Mullis, the creator of the PCR technology that is being widely used to test for so-called ‘cases’ of COVID-19, did not believe the technology was suitable for detecting a meaningful presence of a virus.

Those making these assertions were attacked and ‘fact checked’ (deemed inappropriate by propagandists) by news outlets claiming that Mullis’ comments had been taken out of context.

So when a video surfaces with Mullis talking about the efficacy of the technology it is worth paying close attention to what he is saying. He died last year, so it is the best ‘fact check’ available. In the video, Mullis is discussing AIDS. He first deals with a criticism from the audience that the PCR technology is being misused [timestamp – 48:40].

I don’t think you can misuse PCR. [It is] the results; the interpretation of it. If they can find this virus in you at all – and with PCR, if you do it well, you can find almost anything in anybody.”

Mullis does not explicitly say that the PCR technology is unsuitable for detecting a meaningful presence of COVID-19. How could he, given that he died before it came to light? But such a conclusion can safely be inferred:

It starts making you believe in the sort of Buddhist notion that everything is contained in everything else. If you can amplify one single molecule up to something you can really measure, which PCR can do, then there is just very few molecules that you don’t have at least one single one of in your body.”

Mullis then addresses the question of what should be considered meaningful, which is the central issue with the use of the PCR tests. Do the ‘case’ numbers being used around the world by governments to impose police states and egregious lockdowns of the population, especially in my home state of Victoria, actually mean anything? The answer seems to be ‘no’:

That could be thought of as a misuse: to claim that it [a PCR test] is meaningful. It tells you something about nature and what is there. To test for that one thing and say it has a special meaning is, I think, the problem. The measurement for it is not exact; it is not as good as the measurement for apples. The tests are based on things that are invisible and the results are inferred in a sense. It allows you to take a miniscule amount of anything and make it measureable and then talk about it.”

Mullis also addresses, by implication, another question about the incidence of ‘cases’. If you test positive – and Australia’s Therapeutic Goods Administration has admitted that they do not know if this means you are infected or not – are you actually sick? In the past that is what the word ‘cases’ has meant: someone unwell from a disease. Mullis’ position is clear [emphasis added – timecode 51:49]:

PCR is just a process that allows you to make a whole lot of something out of something. It doesn’t tell you that you are sick, or that the thing that you ended up with was going to hurt you or anything like that.”

Mullis’ comments are unsurprising for anyone who has been paying attention to the behaviour of the authorities during the COVID-19 catastrophe. The technology relies on amplifying results many times over. If they are amplified less than about 35 times, no-one will test positive. If they are amplified 60 times, everyone will test positive. The flawed thinking is obvious enough.

Why is there is such a concerted effort to quell anyone exposing problems with the use of the technology? There is no doubt that these attacks are designed to deceive (including predictable use of that shoddy ad hominem phrase ‘conspiracy theory’, a rhetorical trick to insult people rather than address their arguments).

Look closely at the ‘fact checking’. The Reuters article uses a mixture of a straw man argument and a red herring. It asserts it was wrong to claim that Mullis said that: “PCR tests cannot detect free infectious viruses at all”. This is obviously a deliberate misrepresentation intended to wrongly characterise the opponents’ argument and then ‘expose’ it as false.

Then we get the red herring. The Reuters article claims that: “The quote is actually from an article written by John Lauritsen in December 1996 about HIV and AIDS, not COVID-19 (here).” Neat trick. Assert that your opponents got their sources wrong, and then dismiss them because of their poor research.

It is transparently untruthful, but why are these news outlets pushing such propaganda?

In one way, it could be said to be just business as usual. For those of us who have worked in newsrooms, especially in the finance and business sections, being subjected to propaganda is as routine as the daily cups of coffee.

The techniques are endless: outright lying, misleading but true facts, half truths, quarter truths, lack of context, lack of corporate memory, deceptive jargon, false statistics, lobbying by astro-turf organisations, threats of legal action, threats to complain to the editor or proprietor, threats of removal of access to important sources, promises of getting first access to important stories, subtle requests from former colleagues for assistance, and, of course, my favourites – free lunches at expensive restaurants and travel junkets.

The situation, always bad, has worsened with the destruction of the media’s business model by Facebook and Google, who have taken half the world’s advertising revenue. It has forced the hollowed out newsrooms to rely more on outside news feeds. And, as Matt Taibbi has noted, mainstream media organisations are, for commercial reasons, no longer interested in “selling a vision of reality they perceive to be acceptable to a broad mean”.

Instead, they deliberately sow division and only appeal to niches. Forget facts; inciting prejudice comes first.

But none of that explains why there is such intense propaganda about COVID-19.

The endless spin inflicted on media organisations is transparently related to satisfying greed or enhancing power, but what is the motive here? True, the US health system is one of the biggest profiteering exercises in the world, corrupting health everywhere. Health accounts for 16 per cent of US GDP, which is about twice the level of, say, Australia or the UK (countries that have universal care).

That extra eight per cent equates with $1.6 trillion in profiteering, or about two per cent of the global economy – an eye-watering scam conducted by pharmaceutical companies, hospital conglomerates, insurance companies, lawyers, consultants and so on. Those vultures will be trying to control the media to profit from a vaccine and who knows what else.

But they will only be one group of players and probably not the main ones. The most important question is who is funding the ‘fake news’ that COVID-19 is an existential threat and what is their agenda? Most countries have been greatly harmed. It has resulted in a medical dictatorship that has shut down Victoria; health bureaucrats may, absurdly, be given police powers.

There is a very sinister international agenda here, but the outline of it is, so far, only blurry.

How very convenient is the fact that Kary Mullis died last year. A massive red flag!

Why are you advocating dissolving the 48 states violently? And why are you saying it’s 48 states and not 50? Hawaii and Alaska don’t count? But that’s not the point. You were sounding like a rational thinker until you mentioned the violent overthrow of the country.

Dr Mike Yeadon, former vice president of Pfizer, respiratory illness expert and former colleague of UK Health Secretary Patrick Vallance (who he questions), states that “a positive PCR test isn’t informative. You need symptoms, cycle thresholds and more, which we never get. Just the lie that all positives are “confirmed cases”.”
https://brandnewtube.com/watch/dr-mike-yeadon-on-pcr-tests-for-covid19_L2vEhfBrzbkYAyX.html

In this book, I document evidence that this 2020 “COVID-19 Pandemic”, at its heart, is a corrupt agenda of raw, naked power and control. It is the biggest psychological operation (psy-op) and the greatest crime against humanity ever conducted on this earth. A crime that has been carefully prepared and crafted by a handful of elites for many decades, at least, as you will see when you explore the timeline of events. COVID-19 is in reality a War, a Hoax, a Fraud, a Racket, something that is not what it seems to the majority of people. Only a small inside… Read more »

Social distancing people is to make them easier for robots to manage, as we saw in Singapore when a Boston Dynamics Spot the robot dog told people to “SOCIAL DISTANCE”, (and possibly to make them easier to target with weaponised 5G EMR?); another goal is getting neighbour to distrust neighbour and breaking down the family unit, possibly even granting inspectors from the World Health Organisation the permission to go into people’s homes and take ‘sick’ people out to be quarantined; staying apart keeps us together (Dan Andrews, Victoria), to visit granny is to kill her (Taiwan). To signal the end… Read more » 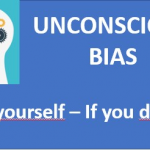 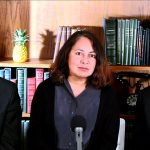