“RT-PCR detects presence of viral genetic material in a sample but is not able to distinguish whether infectious virus is present.”

The government has known this all along (it is on its own ruddy website) yet it continued to use the PCR test to fraudulently declare thousands of COVID “cases” , pronounce a “second wave”, deceitfully and disinengenously throw up its hands in fake dismay and use it to terrorise the populace all on the pretence that its PCR test was detecting a live virus.

But the point made here is that the government has been fibbing knowingly and with malice aforethought. And they are STILL at it (God help us they can’t stop!).

Phasing out the unreliable wildly inaccurate PCR test in favour of the LFT which is a bit more accurate has produced an 80% reduction in the number of positives.

So now we’ll get, “oh look it’s dying out!” but what has actually happened is that it already has but now we can see it because we are getting slightly more accurate stats.

Watch out though because right there we witness the birth of another ruse. ploy,, stratagem, tactic,· move, device, scheme, trick, gambit, manoeuvre.  contrivance, dodge , subterfuge,· machination, wile, wheeze.: it’s being put about that he LFT test has a flaw.

Contrary to the PCR that returns false ;positives by the bucketload, the LFT apparently returns false negatives (!). I kid you not.

If the government are saying it, it probably – almost  certainly – isn’t true so we’ll have to look deeper at this to find the extent and exact mechanics of the lie.

However, being able to say “Ah yes but the LFT is prone to give false negatives so just because it says  you don’t have the bug doesn’t mean you don’t have it!” gives the mealy-mouthed manipulators at Suppression Central an out when they need to explain how come the “cases” stat plummeted when they switched from  the PCR tests.

Essentially they will twist facts and stats and use every trick in the book to carry through their agendum. To get away with it., they rely on a compliant , blindly trusting population willing to succumb rather than LOOK or ask awkward questions.

The compliant and blindly trusting daft enough to collude on their own destruction deserve everything that happens to them. Fortunately for us and much to the chagrin of the boys operating Suppression Central it just so happens that the majority of us are not that way inclined.

So millions of us are united in our determination to keep our eye on the ball because the next round of deceit, propaganda, lies, fibs, red herrings, misdirections, slights of hand, diddles, fiddles, finagles and swizzles is brewing in lairs deep under the Mountains of Perfidy.

Thanks for keeping up JaTe 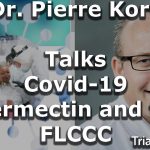