Paul James Todd was born at Edinburgh on February 3, 1961, the son of James Mitchell Todd who died in 2015 at a decent age. First, my personal recollections.

Paul inherited from his father both a streak of obstinance and a streak of what can only be described as gratuitous kindness. I was the recipient of that kindness and largesse on many occasions. I met Paul through his father. He was running his own business and making an excellent living. In December 2002, I set up a website about Britain’s longest-running miscarriage of justice on a free host. Paul offered to sponsor a domain; I accepted, and in May 2003 he became my first site sponsor. A few years later, I picked up another sponsor, a somewhat older man who like Paul wished to remain anonymous, and had also like Paul, like Paul’s father and myself, experienced how the law in this country really works, and how apparatchiks misuse it to abuse people they don’t like at will, for whatever reason or none.

Over the years, Paul supplied me with both a laptop and a splendid reconditioned desktop due to this abuse. Part of his work was to know about computers, and know about them he did. It was though on an earlier occasion that his knowledge really shone. I will spare the reader the details, but I received out of the blue a bizarre e-mail ostensibly from someone I had met on one occasion. When I contacted the ISP concerned, I was told it was fake. Paul traced it and concluded, if I recall correctly, that it had been routed through New York. He told me too that the sender clearly had a great deal of technical skill, and it was his opinion that it had emanated from an official source. I will say no more than that, but this was as good as confirmed for me by subsequent events on two occasions. He was later to be the victim of a similar campaign of on-line entrapment or harassment himself. This was very likely connected with his Chelsea Pitch Owners activities.

In September 2013, Paul invited me to a soccer match, the only one I have ever attended. His beloved Chelsea were playing away to their great local rivals, Tottenham. We met up at the local Irish centre where I also met for only the second time his son and daughter. They had grown a lot since then. The match ended in a 1-1 draw, not a bad result.  I met Paul again at the end of January 2014 when he invited me to the AGM of Chelsea Pitch Owners. On another occasion I met him at his Wembley office.

I won’t go into detail of his medical history, suffice to say Paul developed a problem with his heart, and this affected other parts of his body, especially his legs. A couple of times when I saw him, he was in terrible pain, and on at least two occasions he discharged himself from hospital against medical advice.

Over the coming years, I visited him in no fewer than four hospitals. In October 2015, he suffered a stroke. He told few people about it because he didn’t want his daughter to find out, knowing she would worry, but this was a secret that couldn’t be hidden forever. He had lots of visitors, of both sexes, football fans and not.

In the Summer of 2019, I bought a new chair for my computer desk, from China through Amazon. It was rubbish and as I was unable to return it, I ended up throwing it out. I mentioned this to Paul en passant, and he said he had one I could have. By this time his business had taken a turn for the worst. He was once if not a member of the point one percent then very well off, but he said to me a few years ago “Not rich anymore, Al”. He delivered the chair in person; he had been reduced to one man with a van driving up and down the country. I told him to slow down, take a long holiday or at least a break. He said he would, and did for a bit, but…

Paul delivered not one chair but two; they were decades old but pristine. He told me he had been instructed to dump them, and that they had belonged to Pink Floyd. I gave one to my downstairs neighbour on condition he humped the other up to my poet’s garrett. Although Paul looked well, his legs didn’t, but he said he was getting better. Months later, he was in Wexham Hospital for his most serious stint yet.

On March 9, I received an e-mail from his son with the dreadful news that his father had died the previous day. More than once I told Paul as I had five years on him I would expect him to attend my funeral rather than vice versa, but it was always on the cards that he wouldn’t.

Did he take the jab?

I never asked him but he never suffered from infections; Paul worked himself to death though technically he died from a heart attack. 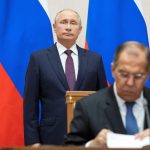 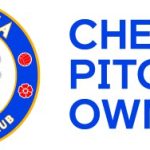