Paul’s parents divorced, and at a young age he moved south of the border with his mother and stepfather. At one point he was offered a scholarship to Rugby School, which he declined. Instead, he moved to London to be with his father. Like that other Edinburgh-born Scotsman Tony Blair, Paul had an impeccably English accent. He started his working life as a courier, and also worked as a private detective.

On August 8, 1979 while still a teenager, he had his first taste of fame when his name appeared on the front page of the Daily Mirror in a MIRROR EXCLUSIVE. He and another courier had been hired to spy on the American actress Farrah Fawcett, who at that time was married to Lee Majors, her one and only husband.  She was filming Saturn 3 in London with Kirk Douglas, but her marriage was on the rocks and she has been seen with the much younger Vince Van Patten, so no guesses who had hired them!

Towards the end of James Todd’s life he lost the plot a bit, as some very old people do; he began to neglect himself, and also became estranged from his son, but Paul managed to persuade him to see a doctor, and no doubt this extended the old man’s life a couple of years.

Paul married in 1991, the marriage ended in a bitter divorce, but his ex-wife attended his funeral on March 23. Paul’s greatest achievements in life were his beautiful, intelligent, talented, kind-hearted daughter, and his son – his head literally swelled with pride when he related how “the boy” had become the youngest man ever rise to the position he now holds. Paul adored his kids, and they adored him back.

Paul had other, lesser passions in life, in particular Chelsea Football Club. Chelsea was founded in 1905, making it a relatively young club, but it has a unique structure – its pitch is owned by its fans. In 2003, Wimbledon, another South London club, moved over fifty miles to Milton Keynes, which is silly, not to mention unfair to the fans. Something similar could have happened to Chelsea because in the 1980s, property developers wanted to acquire its Stamford Bridge site and do what property developers do. There were still plans like this afoot three decades on, and Paul was in the forefront of those blocking such plans.

Company law can be extremely complicated but basically, if a buyer acquires 30% of the voting rights (voting shares) he must make a mandatory offer for the rest – ie mandatory for the other shareholders. Chelsea Pitch Owners was set up to ensure this could never happen. A limited company, it was formed in the early 1990s by the now 90 year old Ken Bates, who had bought the club in 1982 (for £1) to save Stamford Bridge. At the time of writing it has thirteen thousand members from more than forty different countries. Thanks to Bates and men like Paul Todd, the club and its ground are guaranteed for the foreseeable future. Paul’s involvement with the club didn’t stop there; he sold and on occasion gave away tickets funded out of his own pocket.

His funeral was held at Chilterns Crematorium, Amersham like his father’s seven years before. The Milton Chapel was almost full and there was also a webcast.

Paul Todd will be sorely missed by all his friends, and as his son pointed out, even by those who were not his friends. Two days after his death, Chelsea won 3-1 away to Norwich. I imagined Paul sitting on his cloud displaying his trademark broad grin, and as I sit in front of my desktop on a chair once occupied by Roger Waters or David Gilmour, I can only think “Wish you were here”.

Back to first part. 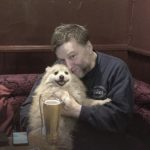 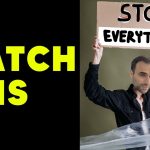