On December 23, President Donald Trump granted full pardons to 26 people. Pardons are often controversial, and with the ongoing hate campaign against the President, almost any pardon he grants is likely to be criticised. Sometimes though, this criticism is justified, none more so than in the case of Stephanie Mohr.

This pardon was probably granted because the President was misled, which isn’t surprising, because those with long memories will remember Mohr’s conviction and the campaign of lies that followed. Usually, campaigns of this nature are the bailiwick of left wing activists, campaigners and lawyers. Most of the people for whom they campaign are not only guilty but the evidence against them is absolutely overwhelming. That being said, sometimes the campaign succeeds, such as the recent and utterly disgraceful Challen case  in the UK. The Mohr case is far less serious, and she was released in 2011; all the same, while an argument can be made that her sentence was excessive, her conviction was more than warranted.

Stephanie Mohr was a police officer, so no one of a leftist persuasion would give her the time of day.

On December 9, Mohr was interviewed uncritically by Newsmax TV wherein she parroted the lies she has told consistently since she was indicted. In September 1995, Stephanie Mohr was a dog handler in Maryland. She told Newsmax, she set her dog on a burglary suspect during a “by the book arrest”.

The two men arrested were immigrants; the status of Jorge Herrera Cruz is uncertain while Ricardo Mendez was in the country illegally. If they had come in pursuit of the American dream, they found instead a nightmare. Rather than burglars, they were homeless, and had been sleeping on the roof of the building. When they came down, they complied fully with police instructions. Then Mohr asked her sergeant if the dog could get a bite of one of them. Foolishly, he said yes, and Mohr turned the dog on Mendez; it took a chunk out of his lower leg, an injury that required ten stitches.

Mohr wasn’t charged initially, but for once and in spite of the blue wall of silence, the authorities pursued a corrupt police officer who is “bent for the job” with some vigour. These men were in police custody, and if they were homeless, burglars, or serial killers, the gratuitous use of violence against them should not have been tolerated.

The fact that the authorities did pursue Mohr may have had something to do with her subsequent lapses.

In August 1996, Mohr turned her dog on a suspect who had already been shot by a police officer. Bryan Diggs was unarmed.

In April 1997,  a teenage car thief named David Jones was subjected to a gratuitous beating by police officers before Mohr turned her dog on him.

In August the same year, Mohr turned her dog on another teen, this time one who was totally innocent and had been sleeping outdoors in a hammock.

Mohr didn’t tell Newsmax any of this, although she did claim she had been the victim of character assassination. And her claim that she was an inexperience officer isn’t quite true either; she was a corporal.

It took six years to bring Mohr to book, but justice was served.

Sadists often rise quickly through the ranks in certain theaters of operation.

Bill and Hillary Clinton, George Bush Jr., and Obama were war criminals with their hands covered with blood.

When are they going to prison?

Compared to them, this woman was like a kid stealing a candy bar compared to a serial killer.

And even killers have received shorter sentences.

Trump’s legacy; pardons fringe parasite Paul Manafort while failing to say anything about Snowden or Assange. I voted for him, but screw him. He’s proven himself a total crony capitalist idiot and part of the swamp.

wrote a ‘contact the white house’ memo to him pretty much telling him (DJT) the same and that the Dims Chinese Checkers kicked his 4-D chess playing ass. as a peon, i’m worse off than under ears o’bummer’s disastrous tenure.

The fact that he’s been a self-aggrandizing blowhard from birth didn’t give you an early clue?

But Hillapig, Odumbo and Joke Biden are not… right, SJW? 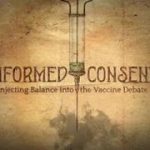