In June last year, Colorado ended qualified immunity for agents of state repression. The extreme left including the clowns known as The Young Turks are in favour of this, but as the saying goes, even a broken clock is right twice a day. This article explains how qualified immunity originated in England during the Industrial Revolution as strict liability, and this document covers its insidious growth in the misnamed Land of the Free when it was “invented” by the US Supreme Court decision of Pierson v Ray in 1967.

This month, a number of videos have been uploaded to YouTube which attack the concept, including this one by the Institute For Justice which narrates three horror stories beginning with that of Hamdi Mohamud who spent two years behind bars on the whim of corrupt police officer Heather Weyker. When Weyker was sued for this outrage in civil court, the Eighth Circuit came up with this incredible statement:

“The plaintiffs are trying to hold a rogue law-enforcement officer responsible for landing them in jail through lies and manipulation. But for us, a more fundamental question is at stake: who gets to make the call about whether a federal remedy is available? As we recently held, the decision lies with Congress, not us, so we vacate the district court’s ruling.”

In other words, Weyker and corrupt police officers like her are above the law until the rest of the nation follows Colorado. Don’t hold your breath in the meantime. Weyker had already fitted up other innocent people, and after being suspended was allowed to return to work, although apparently with a demotion or at least a relocation away from investigative work. If an ordinary citizen had lied so gratuitously to the courts in order to deprive innocent people of their liberty, that person would be facing serious prison time, so it is hardly any wonder that Manchester, New Hampshire Police listed qualified immunity as a perk of the job in a recent recruitment ad.

Constitutional nullification by federal judges is rampant. Why should police be expected to abide by the Bill of Rights when judges (who had qualified immunity long before police) circumvent it at every opportunity. The sad thing is that most of these pompous, compromised, twits are too stupid to realize that they are slowly making themselves irrelevant rubber stamps. The police won’t need them much longer to sanction their crimes. 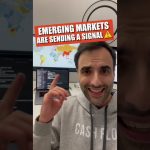 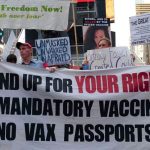