Which U.S. President Was Worse: Obama, Or Trump?

The Pew surveys have found the same thing: In almost all countries surveyed, other than Poland, public approval of America’s leadership plunged when Trump replaced Obama, and that low approval stayed down throughout Trump’s Presidency.

However, also on December 17th, the great investigative journalist David Sirota headlined at his “The Daily Poster” blog, “End The Austerity Loop”, and he documented that President Obama’s response to George W. Bush’s policies that had crashed the U.S. economy (and actually the entire world’s economy) had actually been to institute a bailout of the megabanks (“broker-dealers”), and — as soon as it was passed by Congress — Obama’s Administration refused to help the people who had been evicted from their homes as a result of what Wall Street had done. Obama said instead that all of the federal money had already been spent and he wouldn’t authorize increasing the federal debt even more than he already had authorized in order to bail out Wall Street.

Of course, Congress was also culpable in all of these Robin-Hood-in-reverse policies (protecting Wall Street while abandoning Main Street), but the ultimate leadership was at the top, and it was a policy of sheer hypocrisy. Trump has merely been hypocritical in a different way, and espousing a different set of excuses for his failures.

Neil Barofsky, the special inspector general for the massive federal bank bailout program, or TARP, is stepping down from his post in March. He says the Obama administration’s program to prevent foreclosures is broken, and that many of the people it’s supposed to be helping are now “in a far worse place than they would have been had this program not existed.”

The article in the Spring 2011 Review of Banking & Financial Law, by Tae Yeon Kim, “Pay It Back (TARP Developments)”, described the situation as follows:

The megabanks had gotten their federal help, but foreclosures and boarded-up windows and storefronts were appearing everywhere and were lowering the surrounding property-values, so that both lower and middle-class real estate were getting increasingly worse and more run-down. The TARP Bailout Program saved the megabanks but not their victims; and here is why, as explained even by a conservative, pro-corporate, source:

The Problem With the TARP Program for Homeowners

Why didn’t more people take advantage of the HAMP and HARP programs? This would have pumped billions into the economy and helped millions of homeowners avoid foreclosure.

The problem was the banks. They cherry-picked applicants and refused to consider those with lower equity. Banks were too wary of risk to allow the programs to work.

These were the same banks, who just a few years before, were giving out loans to anyone because they were making money on the investments that were created from the loans.

There was no risk to the banks, as all these loans were guaranteed by Fannie Mae or Freddie Mac. Banks didn’t want to be bothered with the paperwork involved with homeowners who had mortgage insurance.

On 25 July 2016, a mortgage-industry website headlined “Obama administration presents a look at life after HAMP” and acknowledged “that there’s more work to be done.” (That was putting it mildly.)

The Obama Administration did nothing whatsoever to reduce those foreclosures. In fact, there was even less prosecution of financial and other white-collar crimes than there had been under Bush.

The admirers of President Trump are equally deceived — no less deceived than the admirers of Obama had been. Trump promised to “drain the swamp” and did none of that.

Americans are profoundly deceived to accept such people as leaders, instead of to reject them as liars and as traitors.

Most Americans — and many people throughout the world — prefer one or the other of those two American Presidents on the basis only of political prejudices, but the actual differences between Obama and Trump were more stylistic than substantive.

President Trump, at the end of his Presidency, is polling, among the American public, both as one of the worst Presidents ever and as one of the best Presidents ever, and this is a reflection of the astoundingly sharp partisan divide now between Democrats and Republicans. Pathetically few Americans recognize that both of the two Parties represent only the billionaires — not the American people. This pervasive miscomprehension, by the public, results because the billionaires control not only the Government, they also control the press — they shape the population’s perceptions, so as to make this aristocracy (America’s billionaires) acceptable to the public, directing the public’s rage to be against the opposite Party, instead of against the billionaires themselves, who actually control the country.

Consequently, Democratic Party voters think that that Party is their  Party, and Republican Party voters think that that Party is their  Party. However, in reality, both Parties are controlled by America’s hundreds of billionaires — not  by the given Party’s approximately hundred million registered voters. Obama represented the Democratic Party’s billionaires, and Trump represented the Republican Party’s billionaires (other than the ones who, in 2020, disliked Trump so much that they donated instead to the Biden campaign or to one of its PACs; and Biden’s biggest donor even turned out to be the Republican Michael Bloomberg, at $56,796,137, who had entered the Democratic Presidential primaries because he had feared that a progressive, Bernie Sanders, might win that Party’s nomination; Bloomberg then quit the contest and endorsed Biden on Super Tuesday, 4 March 2020, and immediately became Biden’s biggest funder).

This is a Government of the people, by the billionaires, and for the billionaires. It’s no democracy, whatsoever, and the U.S. Constitution has been covered-over, by the U.S. aristocracy’s Supreme Court’s rulings, so that it has become, by now, merely a parchment document, which ‘means’ whatever the (majority of the) U.S. aristocracy’s Supreme Court say  that it means. Although those jurists are paid by the public to represent America’s Founders, they don’t represent America’s Founders, and they don’t represent the American people, either. They represent — and protect the interests of — America’s billionaires. They were chosen because that is what they had been doing before they had been chosen. If they hadn’t been doing this, they wouldn’t have been chosen. That’s the way today’s American Government functions.

I can agree with much of what you say Eric however the one area everyone either ignores or skims over is how little patriotism is left. Even where I live you have people telling their children to let someone else fight. The problem is that my town is the zip code for Ft Campbell. With Biden and the Obama crew coming back a lot of senior NCO’s are calling it quits. For all his failings at least they had some hope the 20+ years of MIC money making schemes were coming to an end – Now they believe ‘here we… Read more »

The reason so “little patriotism is left” is that finally Americans are coming to recognize that everything about this country is manipulated by the super-rich: the ‘news’, the ‘history,’ the voting-methods, the counting of the votes, etc.

In such a situation as this, it’s good, not bad, that “little patriotism is left.” The public in a tyrannous dictatorship ought not to be patriotic in the sense of respecting their Government. They ought to determine that it is their enemy. 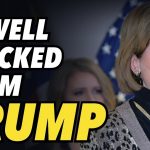 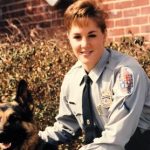