Where is Speakers’ Corner in England? If you answered Hyde Park, you would be correct, but there is another Speakers’ Corner, in Nottingham, near the statue of Brian Clough. Football fans and those of a certain age will remember this soccer player turned manager as a speaker par excellence, one of those people you couldn’t shut up. He was a plain-speaking sort of dude, a father of three including a daughter. Had he still been alive, he would have had a lot to say on Sunday when a group of women – adult human females – turned up to speak on the subject of women’s spaces. What would Brian Clough have thought of the suggestion that women’s changing rooms and other spaces should be open to biological males, that when his daughter was growing up in the 1970s the girl with the locker next to her could have been a girl in name only? When he realised it wasn’t a joke, he would have said something unprintable.

Kellie-Jay Keen-Minshull is no stranger to profanity either, although she tries not to swear in front of the camera. She was the organiser of this event, which would have been better attended but for the inclement weather. Having said that, there was an augmented turnout from a group of dudes wearing dresses, or trans women as they call themselves.

Kellie-Jay no longer calls herself a feminist, but not because she recognises feminism for what it is, an authoritarian movement dressed up as a plausible but totally false victim narrative. Much of the feminist movement, now in its third wave, has allowed itself to be co-opted by the trans movement, a small group of mostly men who identify as women. Some, the very few, have had gender reassignment surgery, like the full works, but most are biological males, and even those who have gone the whole hog are still males after a fashion, the fashion of a eunuch.

What were the dudes in dresses doing? They were counter-protesters, not like we used to see anytime so-called racists turned out to protest against immigration, or as recently in Telford, child sexual abuse. There was no violence here, only playing the victim, although at one point someone did cut off Kellie’s microphone, and there were attempts to drown out the real women, who responded “Let women speak”.

There must be a joke there somewhere, but this is no laughing matter. Nottingham is currently holding a series of women’s only workshops; no one seems to have complained about that. There will be further meetings of this growing movement and, hopefully, common sense will eventually prevail. Men lose nothing by being kept out of women’s spaces, the practice keeps women safe, it also safeguards men from being accused of sexual harassment and worse ten, twenty, thirty years down the line, something a much maligned Arab trader figured out fourteen hundred years ago.

Nothing to disagree with in this article… Women have fought for their rights for millenia, to be more than chattel, and more than objects of lust. There are times females seek the safe companionship of other females.. We should all respect each other, but certain trans extremists are alienating the public with unreasonable demands, a bearded man with a penis can identify himself what he likes, but in the end he is a man…This is a western phenomenon, that most people outside the west can’t get their heads around this lunacy.. The banning of gender categories in music awards is… Read more »

P.S.,,In the ancient world and in pagan the cultures, you had societies that worshipped Goddesses, due to the fact, it is women that give life, in ancient Sparta, if a woman died in childbirth, she was honoured like a great warrior who fell in battle… In many ways the very earth we live on is considered a Mother, a giver of life, in this aspect, even the ancients knew the importance of womankind..It will soon be Easter, and at that time, Christians honour Not only Christ, but the mother (Mary) who gave birth to him..

Not only in the ancient world and in pagan cultures. Even today many indigenous tribes in the Americas still worship both the sky god and Mother Earth – Pacha mama, as Bolivia’s Evo Morales calls her. While they are Christians, mostly catholic, they find no conflict between Christian church services and at the same time worship the forces of nature much as their ancestors did. I see no conflict in it either. The world was created as a duality, male and female, the ying and the yang, the Apollonian and the Dionysian [Nietze] – and for perfect harmony these two… Read more » 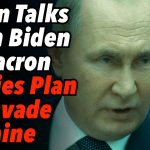