It must be said that many alternative news sources in the US have risen to great prominence since the 2020 Steal. One of them is the Next News Network, primarily anchored by the great Gary Franchi.

However, sometimes even good sources get it wrong, and it appears that this is one such case. The video clip below details an alleged scenario of “Russian super-poisoning” that reportedly took place at a meeting between Russian and Ukrainian delegates trying to work out a solution to the six-week old war currently underway in Ukraine.

There is great reason to believe this is fake news. Here is why:

There is an “Evil James Bond” aspect often associated with President Putin, probably because he looks like Daniel Craig. Stories of particularly nasty ways to die, such as polonium poisoning or Novichok poisoning are commonly associated with him, though the timing of such events is usually something that results in hostile actions taken against President Putin and the Russian Federation.

It is actually difficult to believe these attacks are authorized or ordered by Mr. Putin in any way. The American CIA or some Western “dark ops” seems far more likely, mainly because of the results that take place. This report tries to play the same game.

One really has to think about this using logic and reason instead beating the “Russia is bad / Putin is bad because … Russia is Russia and Putin is Putin.” I am an American living in Moscow. I have no worries living here at all. In fact, contrasted with the descriptions I get through the news these days, I think I am better off being here where things are pretty quiet. But this is opinion. Now for the logic:

First: Russia has set unmovable conditions on Ukraine that Ukraine must agree to before the war stops. Those conditions are very straightforward and actually very simple:

1. Ukraine must guarantee neutrality and not join NATO. – this appears to be understood and agreed to by President Zelensky, at least as a basis, though my information suggests he is trying to put a lot of extra BS on it, and this is why the fighting continues, in part.

3. Ukraine’s military must be neutralized.

4. Ukraine’s neo-nazi groups must no longer be part of the operating structure of the Ukrainian government. And yes, there ARE neo-Nazi groups there.

The question that arises is, “Well, Zelensky is Jewish, so how can there be Nazis there that he is working with?” Naziism is not about Judaism. It was in Hitler’s Germany in large part because he needed a good scapegoat, but in Ukraine the scapegoat is the Russian people. Being a Nazi simply involves a claim of “my race is superior, all others are inferior” and so it would be possible to be Nazi-aligned for ANY race against any one or number of other races. That is the deal. Look Naziism up in Wikipedia and see for yourself.

These conditions are not hard. Russia has no territorial ambitions on Ukraine, though as of now, Lugansk is apparently considering joining Russia, and Kherson is reportedly thinking about it too. It is further possible that other eastern provinces (regions) of Ukraine may also indicate an interest in joining the Russian Federation in the way Crimea did. I do not think this is a setup, as these provinces were under great pressure since 2014 by the “Ukrainization” forces in the Poroshenko government post-Maidan. This is a nasty piece of information American media are deliberately ignoring right now – the United States is trying to play the “supporter of the Oppressed” game, but the actual oppression is against Russian-speaking Ukrainians who love their homeland and do not want to leave. But being told for years that being Russian or Russian-speaking is tantamount to an arbitrary death sentence… well, this IS a side that must be fairly considered in this, and the American media is not doing so in the largest part.

Finally, to go back to the theme of this video, the really weird methods of injuring, poisoning or killing people: One has to wonder what the point of this would be? To inspire a desire for peace? If I were Ukrainian and the Russians really poisoned me, I would NEVER want to agree to their conditions, and I would do everything I could to fight. So, what is going on here? My guess, (and I am sorry because Next News Network is usually excellent in their coverage of events), is that this is fake news that is not recognized as such. My guess is that nothing happened at all. My second guess is that if anything happened, it was not at the hands of Russian agencies because that would HARDEN resistance against Russia and prolong the war.

The only people who want the war prolonged are the Biden folks in the US, and their neo-con and neo-lib co-believers. Russia does not want this war, though they certainly understand they must win it now that it is a reality. Zelensky himself does not want this war, now that he is in over his head in it and watching his country getting taken to pieces.

So, who wants this war to continue?

THAT, dear folks, is the real story in this piece.

It is quite clear that Novichock came from the Ukrainian biolabs!

The only casualty of the “peace” LOL negotiations was the Ukrainian negotiator who was shot to death by Z’s gestapo when he returned after the first meeting. He was accused of “treason.” No trial.

I was gonna add, “No trial. No judge. No Jury.” The peace negotiator was simply terminated when he returned to Ukraine. The media chorused that “He was a traitor” for a few hours, then it was a non-event and he became a non-person. 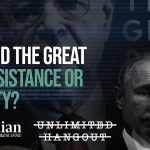 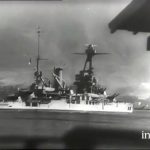