Well, not that new as he died in 1888, but PhD student Amy Wilcockson was researching at the British Library recently when she came across some pages written by Lear which had apparently not yet seen the light of day.

Although the mainstream media has just reported on the find, she co-wrote an article on the three newly discovered manuscripts for The Times Literary Supplement last month; the pages have already been digitised and put on-line. Like not a few literary discoveries, this one was made by accident; the Nottingham University student is currently researching a poet who might rightly be described as far less frivolous than Lear.

If you are not au fait with this famous literary figure, the multi-talented Lear was the 20th (twentieth) of 21 children, and spent much of his life travelling. Although some of his paintings are fit to grace the walls of a national gallery, he is best known for two things: his poem The Owl And The Pussy-Cat, and his limericks. Frankly, most of the latter are best forgotten, but he did inspire Al Stewart to write at least one song, although the inventor of historical folk-rock has far more obvious influences including John Lennon, and primarily a certain Mr Dylan.

One can only wonder where Lear would have found his limerical inspiration today. Here are a couple of suggestions:

There was an old fellow named Biden,

His family fund tried to widen,

He did it with Hunter,

But where is his VP now hidin’?

There was a young fellow, Tim Pool,

On their houses a pox!

If you think you can do better, feel free to add a comment. 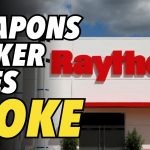