Tomorrow, Wednesday, the Kazakh capital, “Nur-Sultan”, will host the 16th round of the Astana track talks on Syria.

A diplomatic source stated that the Syrian state will participate in the conference along with the three guarantor countries, “Russia”, “Iran” and “Turkey”, in addition to the presence of a delegation from the Syrian opposition, and the participation of the Special International Envoy to Syria, Geir Pedersen.

The conference was preceded by several meetings and diplomatic visits. Lavrentiev and Khaja visited Damascus and discussed with Syrian President Bashar al-Assad the agenda of the conference. After Pedersen announced his intention to participate in the next round, he met in a private meeting with Lavrentiev. and Deputy Foreign Minister of Russia, Sergey Vershinin.

In turn, Syrian Deputy Foreign Minister Ayman Susan said that the Syrian delegation’s agenda will focus on the message the Syrians sent during the presidential elections, rejecting interference in their country’s affairs, adhering to Syria’s independence and sovereignty, and emphasizing that the future of Syria is an exclusive right for the Syrians and an end to the occupation and Turkish violations in Syria.

Well-informed sources indicated to the “Syria Documentation Center” that the issue of the entry of UN aid from the crossings outside the control of the Syrian state will be present at the meeting, but they reduced the possibilities of reaching an agreement on it, given the conflicting views on the issue between the Syrian government, Russia and Iran on the one hand, And between the opposition, Turkey and the United States on the other hand, while the sources suggested that the meeting would contribute to reactivating the “Constitutional Committee” and agreeing on a date for holding its next round. 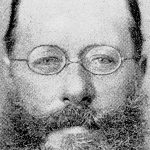