The Russian Federal Security Service has thwarted several terrorist attacks that militants belonging to the “ISIS” organization tried to carry out in different regions of the Russian Federation.

In an official statement, the authority said that it had thwarted a plot to carry out terrorist attacks in “Moscow”, “Astrakhan” and the Russian “Kabardino-Balkaria Republic”, where 6 militants were liquidated and two of the organization’s militants were arrested.

The statement explained that the attacks were planned during the summer of this year by militants of terrorist cells affiliated with ISIS, adding that one of the cell members was arrested last Thursday, and it was found that he was trying to detonate a bomb in a crowded place in Moscow to inflict the largest number of victims.

In the same context, a Russian investigative committee revealed the arrest of members of extremist nationalist organizations. They planned to carry out violent operations in different regions of the country.

The statement stated that a young man was arrested in the Bryansk region on charges of forming and leading an extremist group in the Perm region. Where he tried to recruit elements in his group via social media, to spread racist ideas under the name “The Path of the National Revival of the Russian National Spirit.” He also recruited minors into his group and implicated them in crimes of incitement to violence and hatred.

According to the statement, security men arrested 4 people in the Khabarovsk region. They belong to the “Russian Youth” organization, accused of plotting extremist racist crimes.

It is noteworthy that the Russian Federal Security Service was announced in early July. About thwarting a terrorist operation that ISIS militants tried to carry out in Moscow and the “Astrakhan” region. Weapons and ammunition were found in the possession of the militants of the cell of the organization.

I think more details are needed. However, after the Yeltsin Naqba, the Augean Stables of Russia need a lot of cleaning. 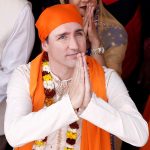