Millions of Americans are potentially facing eviction. They haven’t paid their bills and the government doesn’t seem like they’re going to push out some more money to them. This could be extended, the money might be given out. But as of this moment, that isn’t happening. The Fed has been pushing for more government stimulus, citing their inability to actually help the public but who knows what they’ve got up their sleeve.

Millions of Americans Expect to Lose Their Homes as Covid Rages

Millions of Americans Expect to Lose Their Homes as Covid Rages

(Bloomberg) — Millions of Americans expect to face eviction by the end of this year, adding to the suffering inflicted by the coronavirus pandemic raging across the U.S.About 5.8 million adults say they are somewhat to very likely to face eviction or foreclosure in the next two months, according to a survey completed Nov.

PROVIDENCE – Thanksgiving guest lists must be pared down to household members in hopes of stopping COVID-19 before it steals Christmas, but most families will still load the holiday table with abundance. They’re likely to focus on who’s missing from the table, not whether there’s enough food.

More young workers in the UK lost their jobs during the summer of 2020 than in all of 2019, according to new analysis by the Trades Union Congress (TUC). Some 59,000 workers aged 16 to 24 were made redundant between July and September this year, compared with 56,000 across all of 2019, the analysis found.

President-elect Joe Biden plans to nominate former Federal Reserve Chairwoman Janet Yellen, an economist at the forefront of policy-making for three decades, to become the next Treasury secretary, according to people familiar with the decision. If confirmed by the Senate, Ms. Yellen would become the first woman to hold the job.

Janet Yellen at Treasury Points to Era of Fed Control

Janet Yellen at Treasury Points to Era of Fed Control

(Bloomberg Opinion) — Janet Yellen is poised to become the most economically powerful woman in the world. Again.Bloomberg News described her in exactly that way in October 2013, when President Barack Obama nominated her to succeed Ben S. Bernanke as Federal Reserve chair, a role she would hold for four years during two administrations.

These AAA-Rated Bonds Are Tumbling as China Default Fears Spread

These AAA Bonds Are Tumbling as China Default Fears Spread

Bloomberg 1 day ago Bloomberg News (Bloomberg) — A string of defaults by Chinese state-owned companies has sent shockwaves across the world’s second-largest credit market. But some bonds have fared much worse than others as investors clamber to avoid the next potential blowup.

The stock market has been accelerating rapidly as more people buy U.S. tech stocks. Equities are seeing major growth. More debt, margin, and cash is flowing into stocks sending the Dow Jones to a record high, over 30,000. Certain stocks have hit a record high as well.

“Do you think that many will be evicted? Or will more stimulus happen and evictions put on hold?”

This supposedly “greatest nation on Earth” is a total calamity…Don’t come preaching to other nations until that day when you have cleaned up your act. 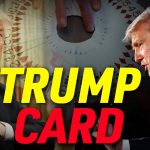 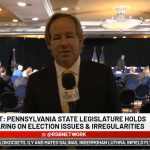