The legal team representing the challenge Donald Trump has put forward about the strongly-evident fraud that was targeted and well-organized by the Democrats has been very successful in making its case everywhere they are heard. We first saw this in Pennsylvania, and again in Arizona and more recently still in Michigan. The witness testimonies are clear and specific and there is a lot of forensic data supporting the fact that various power players (as yet unnamed, but known generally as Dominion and SmartMatic, as well as the state judges in all these Democrat strongholds) determined and carried out massive voter fraud to steal what would have otherwise been a Trump landslide victory.

We knew this was coming. The Democrats told us. They gave not-very-veiled messages to Joe Biden, like Hillary Clinton’s “don’t concede under any circumstances” instruction, given in plain sight on an interview. We knew it was coming in Nancy Pelosi’s chilling assertion that Biden will be the next president of the United States. For the Democrats it was a done deal.

Now it once again begins to appear that they are right, even as the Trump legal team scores hit after hit after hit in its favor. Why is this?

It appears that whatever has empowered  the Democrats has also taken the fire out of the state legislatures – at least if we look at Michigan as an example. The language used by the Michigan and Georgia GOP legislators sounds good only if you are not listening. Here is an example from Georgia:

Note what was asked:

Question: “Do you believe there was voter fraud this election, on November 3rd?”

Answer: “I believe there has been voter tampering as far as rigging goes…” (and more, which we pass only for the sake of our point)

Question 2: “And as a voter and a citizen of Georgia, do you believe that we should do something to insure that it doesn’t happen again?”

The answer is worse, unfortunately (and maybe again by design): “… I can’t force you guys…”

So, what we have here, if this is in context, is Georgia GOP legislators trying to kick the can down the road.

Solving voter fraud in 2022 and 2024 will not fix the improper and false lead Biden is getting credited for NOW!!

It is surprising that there was nobody stopping this in this meeting here, but again, perhaps we are reporting a single segment of a very long process out of context. One can hope so.

However, in Michigan, the same thing appears to be taking place. It should be noted that the Michigan hearings have been very fiery, with Democrats fighting and making very nasty allegations from their seats againt witnesses who have signed affadivits as their legal seal of honest testimony. Nevertheless while the Giuliani-led team is civil, they may be losing the ballgame.

Jenna Ellis notes her own perceptions of this here, and notes much the same thing about the Michigan legislature – they seem unwilling to take action they legally easily CAN do now, and would rather prevaricate and say “oh, it is okay, we will change it next time, sorry.”

If Biden gets into office as a cheater, there might not be a next time. That is why President Trump is fighting so hard to get this situation straightened out.

To be sure, as a Trump supporter, I want Trump to succeed because that would mean he wins a second term now. Nevertheless, and unfortunately, the issue is bigger than that. Even if we were to get all the legal votes counted and Biden still won, then we could accept that as an honest defeat. But still, the system must be fixed and rectified before the United States truly puts an imposter into the most powerful office in the world.

This is a case where the “fallen world” principle seems to be in deeply in play. An old song mentions that in this world the innocent often die while the guilty go free.

It begins to look like this will happen again. One ought to hope not.

Many Americans to not realise that even their vassal NATO states are aware that the US has become a global laughing stock.

For this reason alone (apart from bribes and threats to murder dissenters families etc) I suspect that the US Supreme Court will paper over the cracks of the fake US democracy, rather than admit to being the Greatest Banana Republic the world has seen 🙂

It was just a few months ago the US was up in arms over voter fraud in Belarus – typical of those corrupt Banana Republic countries …. Yesterday we didn’t know how to spell Banana Republic – Now we are one. Same as Bolivia and Venezuela, Columbia, Kenya, Tanzania, Ivory Coast, Brazil, Thailand, the list is long. 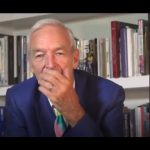