The president’s “maximum pressure” campaign still has time to run. And when two donors proposed an attack on Iran to Mr Trump before leaving office, the subject of Iran’s in-part reliance on crypto arose.  That’s because the Central Bank of Iran supports Bitcoin.

But considering that 77% of BTC is hard cached and with a US dollar valuation of $350Bn, only about $76Bn US in BTC is actively traded. Considering that Iran’s GDP is $440Bn the Central Bank of Iran is only in part dependent on bitcoin.  Even so, speculation related to such a BTC hit on Iran is worth a go.

Even before Trump’s donors pressed for that attack, the Department of Justice was asked to provide an ‘enforcement framework’ for crypto which was released on October 8th, 2020.  Coordinated voices within the SEC had expressed concerns about crypto, including China’s head start; issues with payment systems which cause crypto to be preferred for black ops, illicit transactions, and ‘gray market’ currency operations as well as capital flight.

But the US’s scope to limit Iran’s access to BTC was more immediate and the Treasury proposed SWIFT-like tactics, where the Treasury’s OFAC enforcement enforces bitcoin exchange compliance with US sanctions and weaponization of the US dollar. This precedent was set by the Bittrex BTC exchange in 2017.  However In 2019, the US Treasury wished to maintain trust in Bitcoin and allowed Bittrex to selectively ease restrictions. Even so, peer-to-peer exchanges such as LocalBitcoins, Coinbase & Binance will not accept Iran-based bitcoin wallets.

Considering Bitcoin’s listed exchanges, we see that nations of the Non-aligned Movement (ie NAM or non-G20) are largely excluded. That’s a problem for claims that crypto – specifically bitcoin — circumvent all major central bank controls everywhere. However Iran has discovered successful methods to avoid US Treasury restrictions on bitcoin. As a result, the Joint Chiefs concluded that increased restrictions on Iran’s access to crypto exchanges would have little effect, and would only raise public awareness about bitcoin, which is undesired by the federal government.

Also, it must have occurred to the White House and its military advisors that an attack on Iran’s crypto capability – for example bombing Iran’s power stations which provide very inexpensive power for crypto computing  – would provoke a wider war with little visible effect, other than typical deadly US militarist aggression.  The assassination of Iran’s top scientist made far more sense to the war criminals of course. Even so, Trump’s donors are not necessarily appeased by this assassination.

The NSA’s SHA-256 encryption is at the core of all crypto transactions. Whether the NSA has a backdoor into that algorithm is still in dispute, but so far there is no evidence such a crack exists. Even if an NSA crack does exist, to ‘stuxnet’ Iran’s crypto operations would take the entire system down, destroying a $350Bn US slush fund called Bitcoin, and that is not in the US Treasury’s interest.

As for bitcoin, let’s examine a few issues formerly unaddressed. For one, the allegedly criminalized BlackRock financial megalith is touting bitcoin —  that’s a problem. BlackRock colludes with the Federal Reserve (Exchange Stabilization Fund) in its various market scams. And America’s largest criminal bank JP Morgan, is also touting bitcoin. Idea being that primary dealer banks and insiders will possess enough knowledge to bail, presumably when the SEC and Treasury/Fed are ready to enforce their own crypto currency standard on the public by law. By definition, the current US ‘regulation’ for crypto — or lack of it – cannot be maintained when crypto takes a sizable share of US dollar reserve currency percentage. It’s ironic too that Bitcoin Messiah’s who were previously most critical of the criminal banks and central banks are now cheering potential central bank involvement in bitcoin. The irony is rich.

In China news, rumors still abound that Bitcoin exchanges may be derailed by the government. China’s OKEx has already experienced a ‘mysterious issue’ that bitcoin advocates choose to ignore. Bitcoin advocates consider all that to be fake news, probably because bitcoin is profitable for bitcoin farms in China at present.  A canard or not, who knows?

The gist here is that enough bitcoin remains to calculate that it will take one hundred years plus to get to the last equation.* But as time goes on and ‘halving rewards’ are halved, the effort and time to calculate the last remaining codes will likely prove unprofitable, regardless of fees realized.  Even so, no system lasts for one hundred years in this present age and when bitcoin takes serious US dollar market share the Powers-that-Squeeze will certainly act.

Interesting too that in the recent Fed/Treasury Congressional hearing, Maxine Waters cut-off the mic of  the Ohio representative who asked a question about the Federal Reserve’s “plans” for crypto. Powell/Mnuchin were not allowed to answer the question.  And the ‘financial questions’ from Congress were more like softball sweets presented by fawning lapdogs to their owners.

Yes, this contrarian article will come under heavy flak. The bitcoin messiah’s and their fanatical proselytizing are extant — actually another red flag. But let’s consider one last question: Was crypto invented by the CIA?  Only Satoshi Nakamoto the inventor of Bitcoin can tell us for sure — called by his English-translated name that’s, “Central Intelligence”.  If there’s any good reason to shun crypto it’s that one… that is until the Fed/Treasury forces their cashless society upon us by law… in the Great Reset!

*Proposals exist to change the BTC protocol to allow more.

With all due respect does anyone have the faintest idea of what Mr. Brown is talking about? It rather reminds me of the medieval schoolmen philosophers and their preoccupations like ‘how many angels can dance on the head of a pin.’

But perhaps its just me. Personally I’ll stick with gold; after all it does have 5000 years behind it. Bitcoin, however … who knows?

I agree. Bitcoin and other crypto currencies are currently treated as a commodities by many countries, including the UK and and any capital gains are subject to taxation, which of course can be avoided unless one has acquired traceable assets with a crypto account. The problem of course for governments is that such currencies cannot be investigated by governments as they have the ability to do with an individuals traditional banking accounts. However, nation states have the ability to outlaw holdings in crypto accounts and also to interfere with the internet connections of these accounts. In addition to this there… Read more »

Kids in the future won’t know what printed money is,all every day transactions will be digitised,ATMs will go the way of the dodo bird..

Thats true BUT governments will never allow digital crypto accounts to be out of ultimate government control in the medium to long term.
Taxation is the life blood of governments.

I think RTs Max Kieser could probably drive a truck through this authors argument,No bitcoin was Not invented by the CIA,wether it was invented by this Japanese inventor ,No one truly knows,also the author has about as much understanding of Blockchain technology ,or any other algorithmic mathematics as I do,the Messiahs of bitcoin as you call them,are preparing for the post fiat world,where the dollar is No longer the reserve currency,you might of noticed that many countries are getting out of the dollar based system,which under pins the US empire, the Chinese and Russians are preparing for the collapse of… Read more »

Sanctions,the endless printing of money,imperial aggression ,are the key driving actions ,is why the fall of the once almighty dollar is falling out of favour,and the world is turning to both gold and bitcoin,the latter is harder for a state to seize or confiscate,as was done to the Greeks..

I’m sure ol’ max is still plenty embarrassed by this: https://www.youtube.com/watch?v=I0mhX9hpq3g as many others are to this day… regards 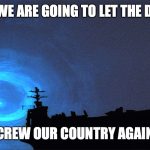 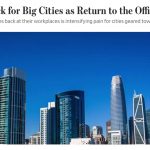