The latest and ongoing scandal involving the US Democratic Party – the collapse of FTX – may (hopefully) result in some big names being taken down. The man behind this company clearly has a lot to answer for, but his pronouncements prior to its collapse combined with what is happening now suggest it was not simply a Ponzi scheme but a money laundering scheme.

When it was launched upon the world in 2009, Bitcoin was said to be both untraceable and totally secure. For all practical purposes – ie for you – it is untraceable, but if really large amounts are involved, it is not for the legal authorities.  Is that a good thing? Let me tell you a story. Before Bitcoin there was something called e-gold. The man behind e-gold called it “Better Money since 1996”.

At that time there was a popular fad known as autosurfing, which turned out to be a scam although it is probably true to say that many of the people who set up autosurfing sites didn’t realise this at the time. E-gold could be used for certain operations; I bought a small quantity of it then shelled out $200 – a lot more then than it is now. The following day when I logged into my account, it was gone. I contacted the company only to be told that in order to recover my stolen money from the user I would have to serve a warrant on the company in Bermuda. For $200? I contacted Bermuda anyway and received a phone call from a police officer who sounded like a recent secondment from England. He told me diplomatically that I had been lied to.

E-gold was eventually shut down by the authorities. Although both are virtual currencies, Bitcoin has little or nothing in common with e-gold, except if your account is hacked and your money stolen, you won’t even be able to go through the motions of tracing the thief. And as it exists only in cyberspace, there is nothing there. While it is true that the same thing can be said for your dollars or whatever currency you use – when you are dealing on-line or paying by debit card – there are checks and balances. If money is stolen from your bank account by hacking or some other method, you have a reasonable chance of getting it back. Not so with Bitcoin or any other virtual currency.

The other big drawback of Bitcoin is that like other virtual currencies, it lacks stability. Inflation aside, a currency must be reasonably stable to operate as such instead of simply a method of speculating, which is what Bitcoin still is. Imagine you are shopping in the supermarket; today you pay £1 for a loaf of bread, tomorrow you pay 50p, the day after you pay £3…Now extend that to everything you buy. No financial system can function like that; certainly no housewife can.

There may come a time when Bitcoin and other virtual currencies are as safe, as trusted, and as fungible as your national currency, but that time appears to be some way off yet.

One thing that beats me about bitcoin is that the marked of bitcoin is totally dominated and controlled by the Bitcoin Whales ie big holders of bitcoin, they can dominate the price in the direction they want it to move. One of the sales pitches for bitcoin is that it is a “free marked” not controlled by Wallstreet. How is a marked controlled by a few unknown whales any better? Second we found out now during the FTX blow up that the FTX app turned into a malware and deleted or closed off your funds. If the FTX can be… Read more »

It would be interesting to be able to analyse who holds what proportion of Bitcoin. Without visibility of such it sounds a sweeping statement to say it is “totally controlled” by the big whales.

You are right totally controlled is not a good phrase, “dominated is probably a better description, the whole crypto marked seems to be a separate ecosystem on its own. But if you remember the dot.com bubble in the early 2000 most companies like pets.com for instance did not survive, but the infrastructure this created is what makes this possible now. I read a stat that said that 95% of crypto investors loose money. Crypto and bitcoin is better than a CBDc that will track & trace us 24/7, force us to comply with government lunacy.

Anyone who thinks ‘digital money’ is real and/or safe, is an idiot.

Similarly Bob, anyone who thinks ‘fiat money’ is real or safe is also an idiot in waiting. Wait until capital controls are introduced as our western economies sink deeper and deeper into the black hole. Back in 2014 at the Brisbane G20 summit, whilst all the western corporate media were celebrating Putin being largely ostracized, they completely missed the important announcement from those kleptocrats. “Where important financial institutions are at risk, bank deposits and pension funds must be seized”. Or maybe now, all of a sudden people find their current and deposit accounts are exchanged into a CBDC which will… Read more »

The article talks about e-gold but surprisingly doesn’t discuss LBM gold certificates. Such as over 20 years ago when JP Morgan used London Bullion Market stamped gold certificates to sell physical gold umpteen times over. Blatant fraud which was never prosecuted (of course).

many of my friends are against ‘non gold backed money’ whereas I have other ideas and don’t care. It is a medium of exchange for me but I’m still learning and learned a lot from Prof Richard Werner about money. I had no problems with digital money… then I got my self updated and now I’m trying to get back to cash… I realised from Werner and this is most peoples fear now and should be, that digital can be controlled by the Dictator in control… After a little research about Bitcoin, I’ve realised that it is not Bitcoin that… Read more » 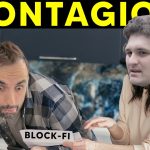 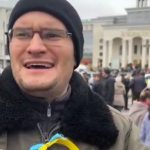