EMMANUEL Macron’s apparent capitulation on the key Brexit issue has angered French fishermen, who have demanded a meeting with the country’s Prime Minister Jean Castex.

Meanwhile Irish fishermen have reacted furiously after the UK and the EU struck their last-gasp trade deal yesterday – with the head of a prominent trade organisation claiming they had been “sacrificed” by Brussels. Boulogne-sur-Mer Mayor Frederic Cuvillier said the agreement left much obscured, telling Europe 1 radio: “Relief for our fishermen, but what will be the impact on stocks?

Why do all French Presidents act tough? When in reality we British have to always pull them out of trouble?

Why did Mercouris not venture an explanation as to why Macron refused to veto as de Gaul had done?

I wish the best for France. It is troubling that their elected leaders disappoint them so much.

Merkel won the argument because German economic strength is the true source of the EUs strength,money talks b@#:+ walks 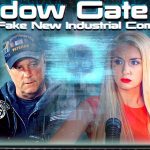 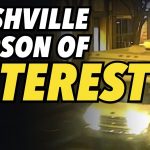