Anthony Quinn Warner is a 63-year-old Tennessee man who has been named as the person of interest accused in the explosion of a parked RV in downtown Nashville on Christmas morning, according to CBS News. An RV similar to the one used in the Nashville bombing was parked at Warner’s home address in images available on Google Maps and Google Earth, Heavy discovered.

If the gal is from Tennessee (Nashville area) I can understand why she wasn’t there. Antioch area is predominantly Black area of town. Not the safest part of the city.

NASHVILLE — More Than One Bomb — RV Not The Primary Explosion —By IWB on Dec 26, 2020 01:39 pm
Speculation it wasn’t the RV that blew up but looks are deceiving: The initial blast on the frame shows a fireball around the RV which is at the center of
Read in browser »

Popping off a few rounds on a weekend is not unusual in the US.

Hey Alex! all you had to do was post my article and game over! lol.
https://novusconfidential.wordpress.com
regards

It is truly amazing what the press can learn about a previously unknown person such as Warner in a period of 1 day, yet could not find a thing about comradeobama in 8 or 9 years. 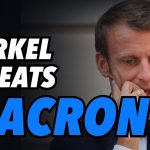