Loyal members of Chinese Communist Party are working in British consulates, universities and for some of the UK’s leading companies, The Mail on Sunday can reveal Leaked database of 1.95m registered party members reveals how Beijing’s malign influence now stretches into almost every corner of British life, including defence firms,

What a load of Bs! Can’t the Duran do any better than this crude anti Chinese propaganda?
Shameful.

No. They Trump groupies, they have been Sinophobes since the start, and they grow more anti-Russian by the day (as exemplified by their idiotic claims that Putin is “loosing his touch”, coupled with glowing compliments of Trump whose inaction, and preoccupation with China, Venezuela, Iran, and of course – Israel – cost him the election).

US can NOT be without enemies….

Do you get paid 50 cents of a US dollar? Or is it a Hong Kong dollar?

In this case, when you see “Chinese” you have to read Deep State and the Soros Rothschild gang that want to make China the new (after the US) stupid giant with a ring in the nose, to be deployed around the world to do the dirty job. This is been presented to China as: “you will be the new superpower instead of the Us”. In fact, these are the same forces that donated to the Chinese the beautiful Opium Wars and a couple of centuries of looting. The cherry on top of the cake was the present of Globalization.

I suspect that the CCP is well aware of this and has taken steps to forge very close links with Russia giving both countries an insuperable prophylactic against any such subversion. The powers you refer to are now in terminal decline and are themselves in survival mode. It is fashionable to see them as omniscient and omnipotent but like the Wizard of Oz the source of their power has always been deception and that has worn thin, to the point of vanishing. There are presently faction wars within the aforesaid Cabal and they are tearing themselves apart. The ongoing crisis… Read more »

What a load of drivel. I am expected to believe Sky News Australia? And so what if China was spying on the ‘Five Eyes’ gang? Does it not have a right to defend itself against that cabal of neo-liberal imperialists?

The British have had close trading and business relations with China since the 19th. century. They ruled Hong Kong until 1997. They have never had such close relations with Russia, in spite of the close relationships with their royal families during the pre-Soviet era. China is the rising power in the world and has now overtaken the US in economic production. They have never been imperialistic other than commercially and industrially in modern times. They have never projected military power internationally in pursuit of mercantile ambitions as have the British and the U.S. They also have a very close alliance… Read more »

the Titans are moving….. 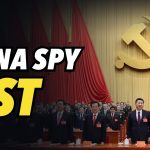 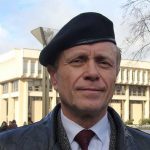