Lithuanian political activist Žilvinas Razminas in his article “HOPE – MOTHER OF POLITICAL FOOLS …” admits that Lithuania steps on a rake again. He and his supporters called to boycott the elections and predicted the results of this electoral farce.

“Our so-called “anti-system” parties have been stepping the same rake for 30 years and will do the same in the future instead of stopping and thinking calmly about the causes of electoral failure,” he writes about the current Lithuanian opposition.

He thinks that “there is no “real “anti-systemic” opposition in Lithuania. There are only dilapidated, divided and system-influenced party groups whose leaders, as a rule, are selfish political impotents. They are dissatisfied with immigrants and, on parades of perverts, they do not like the arbitrariness of officials and the rages of judges and prosecutors, as well as they are against deforestation, vaccinations, chips and so on. But all this is only a consequence, and they do not even dare to mention the CAUSE of all these evils – the US – NATO – EU occupation and the LIBERAL CAPITALISTIC system imposed on us by them at their rallies or in election programs. Moreover, they sacredly believe in the liberal-capitalist guarantor of tomorrow’s and NATO as Lithuania’s security guarantee…”

He does not believe that all “the pseudo-oppositionists” who take care of the well-being of the Lithuanian nation and citizens, really worth” while “we live in an EU concentration camp, which is hosted by the USA, and the NATO overseers, where, without the permission of the hosts,” almost everything is forbidden.

He is absolutely sure that only “free and independent nations can afford to plan and implement their plans and build their future. These pseudo-oppositionists are afraid to dream about the freedom of the Lithuanian nation Their biggest goal is to get a permit to repair the barracks of the EU concentration camp and secure a permanent place at the table of US – NATO – EU occupiers.”

He insists that even if these parties entered the Seimas and formed a majority, the lives of Lithuanian citizens would not change in practice. It would only extend the yoke, exploitation and genocide and slow down the development of the nation’s liberation struggle.

He makes a conclusion that under the conditions of occupation, participation in elections and voting for “anti-systemists” is not only political idiocy, but also a crime.

Therefore, an election boycott under the conditions of occupation is the best means of protest until a serious and powerful organization is formed that can actually join the fight against the US – NATO – EU collaborators who have taken over Lithuania.

He underlines: “As I have said many times, it is possible to participate in this election, realizing that you will not be elected, only if you use the election campaign as a platform for publicizing and Lithuania’s liberation from US – NATO – EU COLONIALISM. It is a pity, but there was no party in the election that would have done so…”

In Lithuania, the electoral farce has always been so cheap and so predictable that you had no longer to be a prophet to easily guess the election results in 2014, 2016 and in 2020. I said that the “anti-systemic” party had already lost the election, that there was no chance for any opposition party to enter the Seimas unless there would be:

ONE CLEAR IDEA uniting the nation and all anti-systemic parties;

An adaptive, opportunistic path was chosen instead of my proposed liberation of Lithuania from the US – NATO – EU occupation and the creation of a new independent, neutral, national, socialist Lithuania and the reformist path of easing the slavery of the NATO – EU occupation regime, the “anti-systemic” parties failed to generate strategic, unifying ideas for one goal. As a result, the electoral programs of all parties (both systemic and “anti-systemic”) have become essentially equally dim and unattractive to the average voter, and some have even been completely inadequate.

The electoral programs of all parties are almost the same, and no one knows the names of the newly elected “anti-systemic” parties, they have no funding, no attractive and well-known leaders and no obvious political work, while the big systemic parties are bathing in money, their leaders are seen every day. The TV screens, the media are in their hands, the electoral falsification mechanism is in their favor, and the repressive apparatus cover them… Who wins the elections, I think, it was clear to the fool, but only not to our “non-systematic” parties.

He also mentions that people who had something to say were not even admitted to the election. Those admitted were practically empty as drums or spoke only about things, which were dear to the ears of the electorate and aroused unreasonable hopes.

Broken hopes are even worse than the rubber bullets of 2009 … It could be clearly seen that party leaders had taken appropriate sums from candidates during election campaigns for a place on a party’s electoral list. The author of the article heard that prices have even been set (perhaps still) for the seat of a Member of the Seimas or a Minister…

He writes: “The election game is over! The Lithuanian people once again saw the obvious gross violations of the system and cases of falsification of results They will continue, like nowhere else, to work as POLITICAL TRAPPERS or useful idiots playing their roles.”

Žilvinas Razminas calls to create an independent, neutral, national-social (humanistic) Lithuanian state. He also underlines that Lithuania should withdraw the US – NATO colonial army from Lithuania;

eliminate all foreign and criminal organizations financed by them and harmful to the Lithuanian nation and state;

restore the supremacy of the Constitution and laws of the Republic of Lithuania in relation to foreign states;

achieve national, religious reconciliation and the elimination of all forms of human exploitation;

restore traditional family values and the right and duty of citizens to defend their country’s sovereignty;

This article is not only a text or somebody’s point of view. It is a cry of a citizen who is not indifferent to his country and his nation. Though Žilvinas Razminas was very emotional describing the situation in Lithuania, his political predictions were right. The political situation and the state’s future is still indefinite while dependence on such organization as NATO, EU will remain strong. Independence is still an unattainable Lithuanian dream.

Since its founding, Lithuania has only existed as allied with one neighbor or the other. For centuries it was a Poland vs Russia thing, switching alliances on demand. Indeed, some of Russia’s noble families had Lithuanian origins forged during Gediminas’ time. Now they kowtow to the EU, US and NATO.

I think they must be genetically predisposed to subservience. 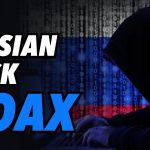 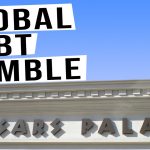