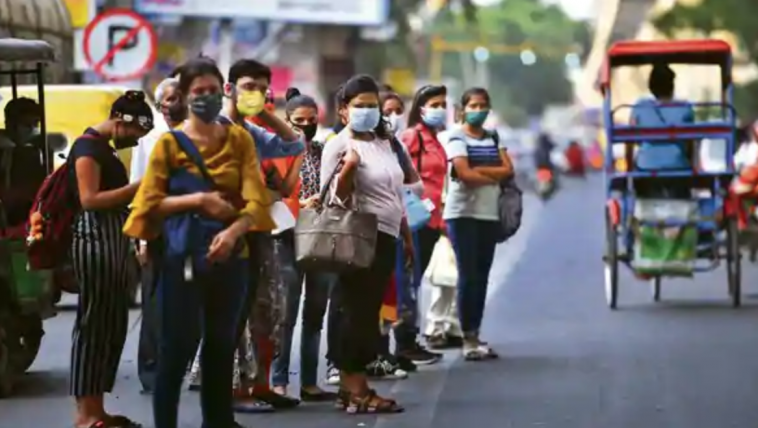 Covid-19 has brought economies to their knees. The question is how long and how severe the resulting recession will be. The answer depends on the quality and quantity of global stimulus packages. Social unrest is already happening in some countries.

Things are getting grim on the economic front for lower classes.

In India, Economy of state governments is in dire straits. With economy in lock down stage with partial opening, states’ revenues through all sources have gone down adversely. In such a situation, for them paying salaries of their employees and essential expenditures on healthcare to meet Covid crisis is not possible. Only way out is immediate central financial help to states and opening of lock down to start Economic process for revenue generation. State governments in their desperation have gone whole hog for liquor sales and enhanced fuel tax. As for central government less said the better. No fiscal response in face Catestrophic situation in Indian economy.Starving migrants left to fend for themselves. Compare and contrast this with USA, UK, Japan and EU countries with fiscal stimulus in the range of 10% of GDP. Fiscal conservatism should be discarded and we should go for immediate cash transfer and food supply to needy to generate aggregate demand and open up economy systematically to have matching supply chain. We should not care for downgrading by rating agencies.

In 2020 UK will have largest decline in GDP since 1704 according to central bank. But in case depredations of Covid-19 is controlled by year end, they predict GDP growth of 15% during 2021, highest growth rate since 1704, famous Spanish war. A statistical jugglery. As for USA, situation remains grim. Highest death numbers in the world.Unemployment figure has gone upto 33.8 million out of 168 million(20%) workers. Pre-covid US unemployment figure was 3.4% only.

‪There are around 90 million deaths in the world every year and this is an all-time low per capita. If we do believe government data then the threat by covid is negligible. Even negligible is death among the affected. Without medicines. Therefore lockdown is meaningless. The lockdown was essential because we didn’t know how the virus would react. Obesity, diabetes, and hypertension are huge risk factors for severe cases of COVID-19 and death by COVID-19. The data is pretty compelling. Now that it is evident that COVID-19 becomes a vascular disorder in those who have a more severe case of COVID-19 it is not hard to see why obesity, diabetes, and hypertension contribute so greatly to mortality.‬

The broader economy is in recession, but the travel industry is arguably going through a depression. More than half of the people employed in it have been laid off. Japan didn’t lockdown the economy. Instead, they quarantine the infected, sometimes up to 45 days. They’ve had hundreds of deaths, not tens of thousands, and their population is about 125 million. Vietnam : They did almost everything early that we dragged our feet on – the result : Zero Covid-19 deaths and less than 400 total cases, in a poor, developing country of 97 million with high population density of 308/Sq.KM (India is 460/sq.km). They locked down only for 3 weeks and within that time got their testing and contact tracing in place to not need a longer lock down.

Everyone talks about waiting until a vaccine is developed but you cannot develop a vaccine without a large population who is at high risk of getting sick. In order for there to be a post-vaccine era there needs to be a pre-vaccine era where people are out getting infected in large enough numbers that there will be a significant difference in infection or severity of disease between those getting the vaccine being tested and those who have not been vaccinated. Economic growth will also depend heavily on the speed at which we can find a vaccine, manufacture it at scale and make it globally accessible. The World Health Organization initiative to ensure worldwide sharing of all Covid-19-related knowledge, data and technologies by making a pool of Covid-19 patent licences freely available to all countries is a great move in this direction. The virus can only be defeated with truly collective intelligence.

Pessimistic prognosis-We have a long way to go in COVID times. This is not ending any time sooner. In future years -Chances of repeat of ” Great recession of 2008-09″. Increasing deglobalization. Shifting of industries back to developed world. More automated industries in developed world leading to increased unemployment. Stagnation in workers’ wage rates. Increasing inequality. Large fiscal deficits and unsustainable Debt to GDP ratios in many countries. Also expect deflationary pressure in Japan and Europe. Decline or stagnation in world trade. Constant fluctuations in fuel prices. Increasing barriers to immigration and rising xenophobia. Rise of illiberalism and strong leaders. Democracy on back foot in many countries. Rising Sino- American conflict for geo- strategic supremacy. Unsustainable cost of social security particularly pension and healthcare in developed world with aging or declining population. Expect lower economic growth rates in two stalwart economies- China and India.

We destroyed the world economy to get rid of Trump and used the sniffles as the excuse.
So as we head into a depression that will have everyone suffering like the 1930’s — was it worth it?

We destroyed the world economy in 1945, when after the War was over, we nuke cremated 220 thousand in Japan to keep Russia out of the South Pacific, and refused to give back to the world half of all the wealth on earth which we hade plundered during the War.

Computer, to keep your integrity, get a new program or reverse current and fry every integrated circuit on your motherboard.

My computer is a twin CPU twin GPU 128 GB ram monster hooked up to a 1gb connection. Oh and 4 SS HD’s. I use it for CGI work

This entire “Beer” virus is a total lie. Made up numbers, fake data, mis information. TOTAL lies.BUT the important thing is the sheeple went along with it.

Bad grammar, stupid logic and no doubt under
payed by the rich for your paid actor performance.

WEALTH — ROOT OF ALL EVIL

“A grateful harmless nature is essential. You brought nothing into the world, you take nothing out and if you have nothing but food and clothing, it is more than you deserve, be grateful.

People who desire wealth, desire more than they need for a comfortable life, they are greed driven and entrapped by many foolish and harmful desires that plunge men into ruin and destruction.

The love of wealth is a root of all evil. Surely, all who are eager for wealth, have wandered from the faith and pierced themselves with much grief.”

Half the people on earth suffer want, all because the upper-half of society hoards all the wealth.
For wealth is the property they hoard above what is needed for a comfortable life, the half that has been plundered from the 50% working poor.

NEW LAW
No one shall own wealth, namely own more then
needed for a comfortable life.
For all wealth must be donated to a worthy cause.

One dollar above poverty.

Actually that is a good definition. But then you have to define poverty. Certain places in Southeast Asia would consider the poorest American obscenely rich, compared to them.
My mom used to say rich was 1 dollar above your needs. 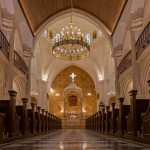 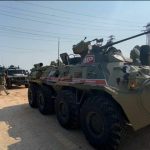 wpDiscuz
15
0
Would love your thoughts, please comment.x
()
x
| Reply
Send this to a friend
We use cookies to ensure that we give you the best experience on our website. If you continue to use this site we will assume that you are happy with it.Ok