Didn’t we just have a two-year plus pandemic that closed the world?

Didn’t that pandemic start from American-directed and funded bioweapons research?

Didn’t that research result in a virus outbreak as a nasty strain of a chimeric virus escaped from a lab in China?

China is a convenient place to put nasty viruses, sure. Lots of people die there – no problem! If a bug gets out, it just helps with the overpopulation problem… right?

Is the US rendering a service to China by running a deadly biolab there? Who knows anymore!

But Ukraine has US biolabs too. This is creating a real STORM of controversy, as it should:

This especially pissed off China, because they want all the US biolabs for themselves. And Ukraine has only 44 million people, not 1.5 billion like China, and there is no overpopulation problem. China clearly does not understand why the US would want to endanger their best friends in the world, the Ukrainians, while leaving China without more biolabs to make more deadly population-controlling bugs.

Yes, that was sarcasm. Did you believe it? Well, how sarcastic IS it? Let’s look.

The Anadolu Agency, a Turkish news outlet, ran a piece about China’s response to the revelation of some 26 biolabs in Ukraine that China would much rather have for itself:

China asked Washington on Tuesday to release “relevant details as soon as possible” regarding alleged US biological laboratories in Ukraine.

“According to the data released by the US itself, the US has 26 biological laboratories and other related facilities in Ukraine which has indeed attracted great attention,” Foreign Ministry spokesman Zhao Lijian said at a news conference in Beijing.

A similar claim was made Sunday by Russian Defense Ministry that there was “evidence of a US-financed military biological program developed in Ukraine.”

Moscow said the lab was “revealed during Russia’s special operation in that country.”

“All dangerous viruses in Ukraine must be stored in these laboratories. All research activities are led by the US. No information is allowed to be disclosed without the permission of the US side,” claimed Zhao, according to a transcription of the news conference.

He claimed the Pentagon “has absolute control” over these alleged labs.

Russia’s war on Ukraine has drawn international condemnation, led to financial sanctions on Moscow, and spurred an exodus of global firms from Russia.

The West has also imposed biting export restrictions on key technologies that are now prohibited from being sent to Russia.

At least 406 civilians have been killed and 801 injured in Ukraine since the beginning of the war, according to UN figures.

But the international body has maintained that conditions on the ground have made it “difficult to verify” the true number of casualties.

As many as 2 million people have fled to neighboring countries, according to the UN Refugee Agency.

“Under the current situation, we call on all parties concerned to ensure the safety of these laboratories, starting from the health and safety of people in Ukraine and surrounding areas and around the world,” said Zhao.

“In particular, the US, as the party that knows these laboratories best, should announce the relevant details as soon as possible, including which viruses have been stored and which research has been carried out,” he said. “The revelation of the US bio-military activity in Ukraine is just the tip of the iceberg.”

“The US Department of Defense controls 336 biological laboratories in 30 countries around the world under the names of ‘cooperating to reduce biosecurity risks and strengthening global public health,’” Zhao added.

Well, thanks for that Newspeak description of the Department of Defense’s 336 biolabs in 30 countries. (!!!) It appears that Mr. Zhao tried to slip that piece of information by the readers like some sort of professional blurb.

However, it ought to draw attention to itself like a lightning rod draws fire from the skies. Why?

Because, COVID! COVID was brought to you by such a lab. There is overwhelming evidence supporting this and next to zero data saying it occurred by any other means.

The questions about this should be multitudinous, for example:

And just in case we try to pass this off as “pure Chinese propaganda”, let us bear in mind that India has picked up the story as well.

It seems like the US is just getting itself in more and more trouble. And, thank God! Maybe the vermin in our government will be revealed and expelled.

But I am not holding my breath. The games are about to truly begin.

The DoD funded and managed (for three years from 2007/08 to 2010/11) Ukraine bio-labs. They have never been a secret. The current uproar in the US is bizarre. All of this is public information that took me very little time to source. This all started under Bush II in 2005, and Dick Cheney. Victoria Nuland worked under Cheney as US Ambassador to NATO. 2005 – https://www.armscontrol.org/act/2005-10/threat-reduction-program-extends-reach-ukrainian-biological-facilities 2007- https://govtribe.com/opportunity/federal-contract-opportunity/biological-threat-reduction-integration-contracts-btric-hdtra107r0004 (There is too much procurement, RFP material here to post, but there are at least 50 contract-related documents proving where it all began) More Ukraine Bio-Labs Links 2011- https://web.archive.org/web/20110522081423/http://www.bioprepwatch.com/news/213421-biolab-opens-in-ukraine The Fact Sheets… Read more »

Thank you VERY much, Brigette, for your comments. I agree in a way that you are right but the context is what created the uproar, with two major elements forefront: (1) Covid – with all the hullabaloo over China’s lab and Fauci’s funding of it and so on, with the concurrent pandemic (scamdemic mostly, but I had it and it was no fun!) that has killed over six million people thus far. (2) This one is in a few pieces – Victoria Nuland admitting it – it sure makes the US look all the worse because of what happened in… Read more »

This issue of American labs in Ukraine is OLD NEWS. Said OLD NEWS even admits the Ukrainian Govt had no idea these labs were even there. Then later when they started asking questions, they discovered said labs were allegedly Ukrainian Health department Labs, but the work done there was under the auspices of the PENTAGON and highly secret. Check it out here : WHAT ARE SECRET US BIO-LABORATORIES DOING IN UKRAINE?  https://www.stalkerzone.org/what-are-secret-us-bio-laboratories-doing-in-ukraine/ January 1, 2022 Note the date. The discovery of these labs happened well BEFORE Russia even invaded Ukraine. This story of these secret labs needs in depth investigation,… Read more »

Whatever or wherever the origin, China took the COVID outbreak seriously from the start. It took and continues to take extraordinary, drastic, measures which have limited fatalities to under 5,000. No steps were spared to save lives.

Yes , typically the U.S. calling every small country a land of total waste and then getting those countries to run illegal biolabs , where if the powers that be , catch those biolabs out , then the US will deny any knowledge and have nothing to do with them !! Maybe the powers that be should start on the USA first !!! I saw an article discussing this same problem in Azerbaijan , on the TV about five years ago and the Americans were not even trying to hide away from the camera people . Talk about blatant in… Read more » 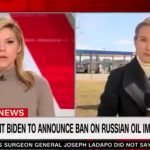 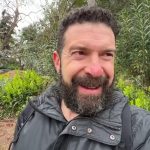