The joint Russian-Turkish patrol on the international “Aleppo-Lattakia” highway is cancelled for the second consecutive day, according to a field source, and the Turkish forces conducted an individual patrol from “Al-Nairab” village on the international highway to “Ain Al-Hour” area, the last point under ​​the militants’ control on the road towards Lattakia.

By this, the Turkish forces are trying to secure the highway completely in anticipation of any attack by militants or planting explosive devices before the Russian forces join the patrols.
According to the source, the Turkish forces were deployed extensively yesterday in the areas surrounding the highway, in preparation for the joint patrol, before cancelling yesterday’s and today’s patrols without setting a date for the next one.

These developments come after  the 22nd joint patrol had completed on / 22 / of July the full track for the first time on the international highway and reached “Ain Hour” area, since the patrols were stopped for /8 / days due to the IED explosion that targeted a Russian vehicle in the previous patrol by the Takfiri organizations in the area, which resulted in injuring / 3 / Russian soldiers slightly and material damage to the vehicle.

In parallel, Turkey replaced the militants of “Guardians of Religion” by “Al-Nusra” militants in some areas surrounding the international highway, especially near “Jisr al-Shughour”, hoping that the patrols will be conducted safely and presenting “Al-Nusra” as a moderate faction that facilitates patrolling.

According to “Moscow” agreement signed between Russia and Turkey, conducting joint patrols is a first step after which the militants will withdraw from both sides of the highway to establish a safe zone, where the north of the highway is under Turkish supervision and the south is under Russian, but these provisions have not yet been implemented due to Turkey’s failure to honor its commitments concerning the militants’ withdrawal.

ON the 27th of July 2020, Syrians and Russians celebrated Russian Military Navy Day in the Russian maritime base of Tartous, Syria:

Syrians begin with maintenance of the main road in Lattakia

The doubtful “Mideastern Discourse” is a western fake news media, based in Beirut, Lebanon. It is not a media to be trusted with news about Syria. The media is anonymous, no chief editor is named nor can be contacted. Readers beware! 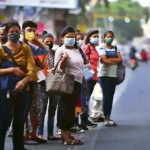 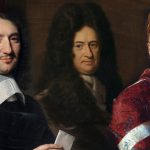