On Tuesday afternoon, Liam Allan was the speaker at an on-line meeting: When Disclosure Goes Wrong – and the Campaign to put it Right.

Hosted by Eventbrite, it was an interesting talk, but sadly Liam still doesn’t understand the real problem in his case. If you are a UK reader and keep abreast of especially crime stories, you will probably have heard of him, but in case you haven’t, briefly, in January 2016 he was arrested on suspicion of rape. He had been accused of multiple sexual assaults by a former love interest, one he hadn’t seen for months. There was and is no suggestion Liam had any kind of hold over his accuser, nor that she was in any way intellectually challenged, indeed she was a student like him. What should the police do when a reasonably intelligent, educated woman makes an allegation of rape under those circumstances? At one time, they would have politely shown her the door. Sadly, all this changed with the posthumous witch-hunt of the TV presenter Jimmy Savile.

If this had been a single allegation of rape, maybe the police should have looked into it, but when a woman keeps going back time and time again, her actions imply consent even if her words don’t. As things stand though, there was no issue of consent because there was no sex, at least not of the type she claimed. The truth finally came out during the trial, but only thanks to the barrister Jerry Hayes, who was prosecuting the case. The police had hidden literally tens of thousands of text messages between Little Miss Anonymous and her friends, texts which revealed her to be into rape fantasies in a big way.

This claim always annoys feminists, but is well-documented. They are similar to the fantasies a soldier might have of dying heroically on the battlefield instead of “fading away” in an old folks home, ie they are fantasies rather than wishes.

When the truth came out, Liam became a minor celebrity in certain circles, and along with a number of like-minded individuals he has been campaigning for reform of the disclosure procedures in criminal cases, if not accountability. This is something that goes well beyond sex offences, but should not be deemed relevant in Liam’s case. Without this clearly exculpatory evidence he might well have been convicted, but in the United States, Harvey Weinstein’s legal team adduced similar indeed far more exculpatory evidence, for all the good it did him. The big difference is that Weinstein was facing multiple accusers; he is also a pig, while Liam appears to be a genuinely nice guy. Too nice for his own good, it appears.

After relating his tale for the Nth time, he took questions. He said he had felt suicidal for a long time, which is a common characteristic of innocent people accused of serious crimes. He also said innocent people don’t lie. Sadly, they do, and so do genuine victims, though mostly they embellish. For example, the victim of a burglary may exaggerate the value of stolen chattels for insurance purposes. This sort of thing can cause real problems for both police officers and prosecutors.

One commentator claimed false reports of rape are “incredibly rare”. This is a claim we hear far too often. With commendable diplomacy, Liam said he thinks the statistics are skewed. The reality is that false reports of rape and allegations of all manner of crimes are incredibly common in the UK and almost everywhere else. Check out a few freedom of information requests to see just how common. These can include genuine mistakes, but false allegations of sexual crimes made for purely pecuniary reasons are not common, at least not in the UK as one person suggested.

Asked about historical allegations, which might at a pinch include his case, Liam said he didn’t think a case could be moved forward on just someone’s word. Like his was! The issue of statutes of limitations was raised. While it is arguable there should be no statute of limitations, certainly not for serious crimes including of course murder, a statute of limitations on reporting especially sexual offences is a different issue. Nicholas Grady is currently serving a ten year sentence for indecent assault and rape. He was convicted in August 2017 when he was 56 years old. He was alleged to have committed these crimes when he was a teenager. Do the math. No corroboration, no physical evidence, only words uttered decades later. Sadly, such scandalous prosecutions and convictions are by no means uncommon, and at times even women are so accused.

None of the above deals with the real problem of disclosure, non-disclosure, and the wilful suppression of evidence. What is needed is honest police officers, honest prosecutors, complete transparency, and the vigorous prosecution of all officials when the rules are wilfully broken.

and…the rigorous prosecution (and naming) of false accusers… No woman should be allowed to make fourteen false allegations before prosecution as one actually was. And what is also needed is anonymity of the accused until found guilty. All that is needed is a government who refuses to give in to women’s pressure groups and acts to protect the lives and reputations of innocent men.. 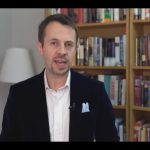 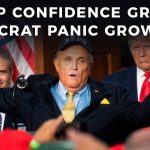