Rape has been back in the news recently, a subject that is never far from the tiny minds of feminist agitators.  This time some of these agitators are complaining that not enough men are being prosecuted.

In September last year it was  reported that the End Violence Against Women Coalition, a so-called women’s rights group, had launched a legal challenge to the Crown Prosecution Service for failing to pursue “weak cases”. The High Court threw out their challenge last March, but the Court Of Appeal overturned that decision four months later.

While it is only proper that rapists are brought to book, the public is being seriously misled about how weak some of these cases actually are. The traditional view of rape is an act of at times extreme violence perpetrated on a woman by a stranger or tenuous acquaintance.  The victim is often quite badly injured, and reports promptly or reasonably promptly. With one big qualification that view is largely correct, but decades of propaganda by the sexual grievance industry has expanded the meaning of rape and reduced the quality of the evidence needed to convict.

At one time, a woman was required to “resist to the utmost” and cry rape as soon as possible. As rape was capital, that was a reasonable demand. Even so, when rape could not be proved but some sort of assault had clearly occurred, the accused would be acquitted of rape then remanded for sentencing on a lesser offence. A number of such cases can be found in the Old Bailey proceedings.

Although rape can still attract a life sentence in most Western nations, it was only right that the criteria for arresting, charging and convicting should be reduced, but by how much? Even before the dangerous #MeToo Movement, we saw women claiming to have been raped months, years, sometimes decades previously. There are no statutes of limitations for prosecuting rape in the UK, Canada, and many other jurisdictions, so when an accuser is taken seriously by the authorities, the accused finds himself in the invidious position of having to prove his innocence. After all, why would a woman lie?

A recent case still in the news concerns financier Crispin Odey (pictured). This is only a case of indecent assault, but he is accused of indecently assaulting a woman at his home on or about July 13, 1998. You heard that right, the last Millennium. Why would a woman wait so long to report an alleged sexual assault? The sexual grievance industry would have us believe it is due to trauma. A more plausible explanation in this case is that she has now realised Odey is a dollar billionaire.

The Crown Prosecution Service justifies bringing such prosecutions on the basis that there is sufficient evidence  – the word of an accuser – and it being in the public interest. They are certainly not in the interest of justice;  the courts and especially the police have limited time. While they are investigating cases of this nature, the police could be tackling important, relevant crimes, like gang violence and murder.

Purported delay in reporting isn’t the only factor in the prosecution of weak and at times frivolous cases. Many women today don’t seem to understand the meaning of the word consent. In January 2016, student Liam Allan was accused of rape by a former girlfriend. He ended up facing six charges of rape and six of sexual assault. Information about this case in the public domain is scarce, but there is no evidence Allan had any sort of hold over this woman. Before charging a man with multiple offences allegedly committed over a period of time, the obvious question to ask any complainant is if this man kept hurting you, why did you keep going back to him? At some point a woman’s actions spell consent, even if her words do not.

Allan was prosecuted by Jerry Hayes, a former MP whose middle name might just be Integrity, because he became suspicious at the limited disclosure given by the CPS, and on further investigation it turned out there was a treasure trove of electronic messages that made it impossible for the prosecution to continue. Hayes sounded off about targets for rape prosecutions in the Mail Online last week.

An aside here, the evidence that cleared Liam Allen was strikingly similar to the evidence adduced at the Harvey Weinstein trial. The only difference is that Weinstein faced multiple accusers, including women who have dramatic training.

The obvious conclusion is that many allegations of rape nowadays are regret sex, women who withdraw their consent the next day, the next month, the next year. The evidence for this is compelling; prosecutors need to stop entertaining these kinds of allegations without strong, independent corroboration, and concentrate on unambiguous cases. There is though another, very important factor involved in many rapes, both real and faux. That is mind-altering drugs, in particular alcohol. And when recreational and/or prescription drugs are added to the equation, the risk of false allegations is increased exponentially. So too are the risks to women from real sexual predators.

In July, the BBC reported on the case of a woman who by her own admission got stone drunk and was raped by a taxi driver. She said she didn’t remember anything about the actual rape; the taxi driver was acquitted. [Incidentally, taxi drivers are often falsely accused of sexually assaulting drunk women and (bogus) taxi drivers have frequently been convicted of preying on them]. Whatever the truth of this case, a lot of rapes can be avoided by teaching women to take responsibility for themselves, but the sexual grievance industry calls this victim-blaming. The reality is these often vitriolic campaigners would rather see a woman get drunk, get raped, and her attacker convicted than see her stay with a group of friends and get home safe. If women need to be taught so, then men need to be taught to stay away from drunk women. It remains to be seen if they will pay anymore attention. 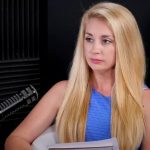 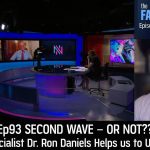