Although UK-based, false allegations are a global phenomenon, one not unique to the modern era although there are now both more people in the world and more outlets for them.

September 9 was chosen for Falsely Accused Day to honour Simon Warr who was born September 9, 1953. He died February 22, 2020 aged just 66. Simon Warr was a schoolteacher; on December 12, 2012 he was arrested for historical allegations of sexual assault. You can read a bit about him on the False Rape Timeline.

The people behind the new website are anonymous, or rather unnamed, but there are not that many such activists in the UK so it is possible to make an intelligent guess as to some of their identities. These people are mostly, but not exclusively, men. They include Liam Allan and Mark Pearson.

Liam was accused of the multiple rapes of a former girlfriend; the case came to trial but collapsed when it was revealed she was into rape fantasies in a big way. Mark’s case was even more absurd. He was alleged to have raped a woman as they walked through London’s Waterloo Station. While it is of course possible to assault or even to sexually assault someone while both parties are moving, he was actually charged with rape, and brought to trial. The jury cleared him in ninety minutes, which was eighty-nine minutes too long. You can see the CCTV stills for yourself.

According to the people behind the Falsely Accused Day website, there will be two protests at 1pm: one at the Royal Courts Of Justice and another in Liverpool. There will also be one in the American capital and another (somewhere) in Argentina. Doubtless there will be more next  year.

The main concern of the people behind the website is the ease with which false allegations are made and the apparent commitment of the legal authorities to make conviction easier, this with particular reference to allegations of a sexual nature. There are no statutes of limitations for sex crimes in the UK, which means false allegations of an historical nature are easy to make but almost impossible to disprove if they are taken seriously. Additionally, the sexual grievance industry, which is run largely by man-hating, dishonest or simply gullible women, has been lobbying for decades to make conviction easier (at the expense of due process). One of their spurious claims is that false allegations are extremely rare. On the contrary, they are extremely common. In the US, the odious Gloria Allred has been responsible for attacks on statutes of limitations, sadly with some success.

False allegations and false convictions are not limited to sex crimes though. The use of bodycams by police officers has led to a stark drop in false allegations against them, but also to increased public awareness of police malpractice. Last year, corrupt Florida police officer Zachary Wester was given a twelve and a half year sentence for framing innocent motorists. He was convicted on only 19 of 67 charges. Part of the evidence against him was his own bodycam which showed him palming a stash of drugs while searching a vehicle.

And there could be a “Should Have Been Accused Day” For example, Franklin Roosevelt and Winston Churchill should have been accused of being war criminals. 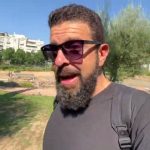