There have been some high profile defamation actions in recent months, on both sides of the Atlantic. Johnny Depp won his case against ex-wife Amber Heard at the beginning of June but people are still talking about it now, mainly on YouTube and overwhelmingly about Heard. Alex Jones is still in court even though bizarrely it has been ruled he cannot defend the actions that are being brought against him. But one case that flew largely under the radar was the successful one Roy Moore brought against a Democrat outfit over an advertisement. The plaintiff was awarded over $8 million. So who is Roy Moore?

Roy Moore is a former senior judge in Alabama. Five years ago during his run for the Senate, a woman came forward and claimed Moore had sexually propositioned her when she was 14 years old. In 1979! On November 9, 2017, the Washington Post published this allegation by Leigh Corfman who was then said to be 53; at the time this incident was meant to have happened, Moore was a district attorney. The paper’s report included claims from other women of a similar nature, obviously in the belief that if one allegation is good, two are better, three are even better, four are…

This might have been the end of the matter, but these allegations prompted a much stronger one from a woman named Beverly Young Nelson who appeared at a press conference with Gloria Allred, an attorney who never met an accuser she didn’t like. Nelson claimed Moore attempted to rape her when she was a teenager, and produced as proof she had met Moore her high school yearbook said to have been signed by him at that time. However, she would later admit she had added the date of the alleged signing. Gloria Allred claimed that an independent expert had validated the signature but refused to release the yearbook for a proper independent analysis, in particular of the ink. Allred can be seen spouting her lies about an hour into this video. If this case had come to court, Nelson and quite likely Allred could have been charged with a falsification offence.

Roy Moore lost his election race by a fairly narrow margin, which was clearly the goal of this smear campaign, but Allred’s most famous victim was from an entirely different background. It is widely believed today that the veteran entertainer Bill Cosby is a serial rapist who spent decades drugging and sexually violating women. Because there were so many accusers,  people simply assumed there was no smoke without fire, but on looking a little closer it becomes clear that almost all that smoke was generated by Gloria Allred in collusion with a compliant and spineless media.

While there is credible evidence that Cosby was having sex with women behind his wife’s back, many of the allegations against him were patently false. For example, Louisa Martinez (now deceased) claimed to have been attacked by Cosby in the green room at a specific studio on a specific day. Cosby wasn’t there. Joan Tarshis was also refuted by chronology. It was later revealed that she suffered from delusions and had been hospitalised for such. One of the most ludicrous claims was made by Linda Ridgeway Whitedeer at an Allred press conference. This can be seen in the same video from just before 48 minutes. Watch it and ask yourself why none of the media people present burst out laughing.

Because Cosby is black and most of his accusers were not, many of his black supporters saw the hand of the all-pervasive white supremacist conspiracy behind this witch-hunt, which of course had nothing to do with it. Allred’s real target was not even Cosby but statutes of limitations for reporting allegations of rape. Sadly, she has had some success. In Britain, Canada, Australia, and many other jurisdictions, there are no statutes of limitations for rape, nor should there be for the actual crime. If a woman reports a rape and there is evidence, perhaps forensic evidence, there is no reason the perpetrator should not be brought to book five, ten, thirty years later. But when a woman walks into a police station and claims to have been raped ten years ago, what then?

Thanks primarily to Gloria Allred and her amen corner of demented females, California has removed statutes of limitations for rape. Absurdly, this article compares the Cosby case with that of serial killer Joseph DeAngelo. Now in California as in the UK and Canada, a woman who has blown her mind on drugs, has had consensual but sordid sex then rewritten the encounter as rape, or is simply malicious, can walk into a police station and claim to have been raped ten, twenty, thirty and more years previously, and if the authorities take her seriously, say to the man accused, prove your innocence. This is the mischief caused by Gloria Allred, mischief for which she will almost certainly never be held to account.

They burned Joan of Arc at the stake, and she was a good woman. 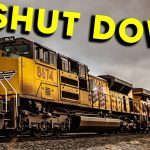 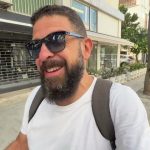