On June 1, Johnny Depp won his defamation action against his ex-wife Amber Heard. The entire trial was broadcast live on the Internet, and the verdict is universally considered a total vindication for Depp. The details are complicated but briefly, the jury found for Depp on every single part of the claim, most significantly that he had been libelled when Heard claimed he had sexually violated her. He was awarded $10 million damages and $5 million punitive damages, but due to Virginia state law, the latter was capped at $350,000. Had the jury realised this, they would probably have awarded him larger damages.

Depp had sued for $50 million, but most people don’t take such figures seriously, although in his case, it was not unrealistic. Heard had countersued for $100 million, and was surprisingly successful in one claim when she was awarded $2 million for quotes given by Depp lawyer Adam Waldman to the Daily Mail. Leaving that aside, again it should be stressed that this was regarded as a total victory for and a total vindication of Depp.

The shock waves caused by the final outcome of this case are still reverberating around the world and will for some time, but basically, aside from the protagonists and their legal teams, there are two camps. Firstly, feminist airheads in the media who have lost their minds. Secondly, everybody else including and especially ordinary women. The reason for this isn’t far to seek; in the first place, the evidence in Depp’s favour was absolutely overwhelming. In the second place, while men are often beguiled by toxic women, other women seldom are, and Amber Heard is totally toxic.

Heard’s first entry in the Internet Movie Database goes back to 2004 but she met Depp in 2009 when they worked on the 2011 film The Rum Diary. It is fair to say that she was arguably one of the most beautiful women in the world; realistically she would score at least 995 on a scale of 1 to 1,000. She was a catch, even for an A List actor. Even today at 36 she is still a looker. Women of that appearance are seldom the victims of misogyny, envy by less attractive women perhaps, but not by men.

Unfortunately, as a certain American gent said two decades before she was born, we are to be judged not by our stunning good looks but by the content of our character. Amber Heard had charisma, she looked the complete package, but after she and Depp tied the knot in 2015, Depp soon saw, and felt, another side to her.

There was a considerable age difference between the two, but that need not be a barrier to true romance – ask Ritchie Blackmore. Depp had been married and divorced before but both his ex-wife and former girlfriends speak well of him. He is also said to be a good father to his son and daughter. If serial relationships including serial marriage is an occupational hazard for Depp’s profession, so is substance abuse; he has issues with both alcohol and an unmentionable substance, but after the trial and before the verdict he was sufficiently sober to jet off to London and perform with legendary guitarist Jeff Beck.

After their divorce, for which Heard extracted $7 million from him, Depp was branded a wife beater by a notorious British tabloid newspaper. He sued, and lost. Not so long ago, a defamation action could warrant a jury trial, but here it was decided by a judge sitting alone. In his 585 paragraph judgment, Mr Justice Nicol appears to have taken Heard’s claims at face value.

With that judgment against him and with the need to prove actual malice in an American courtroom, Depp appeared to face an uphill battle, but here he was suing Heard rather than the newspaper, and a string of witnesses, many of them totally unbiased, turned the tables on her.

The phrase falsus in uno, falsus in omnibus has been used in connection with Heard’s testimony. For those unfamiliar with Latin, this means exactly what it sounds like. Namely that a witness who lies about one matter cannot be trusted at all. This sounds logical but is wrong. Genuine victims can embellish their testimony or even lie about the circumstances of their victimhood. A well-to-do  householder may exaggerate the value of chattels stolen during a burglary when making an insurance claim, and a drug dealer who is shot and robbed by a customer will probably not tell the police the whole story. So just because a witness lies about one thing doesn’t mean her entire testimony should be disregarded, but there are limits, and Amber Heard went well beyond those.

Heard lied about donating her entire divorce settlement to the ACLU and a children’s charity, but most damningly she not only lied about injuries she had allegedly sustained, she actually fabricated them. And because of the courtroom cameras, the entire world saw her lies fall apart under cross-examination. The Popcorned Planet YouTube channel alone attracted over 120k live viewers.

One totally bizarre aspect of this case was that both Depp and Heard recorded many of their confrontations, from which it was clear that she rather than he was the abuser. As far as Depp used any violence, it was violent words after she falsely accused him of rape and other things, so his ultra-strong language is understandable if not entirely forgiveable.

The notion that women physically abuse at times physically stronger men sounds novel, but as can be seen from this article, it does happen and can be shocking when it does. It may be that Depp was afraid of losing her and wanted to keep his much younger trophy wife at any cost. An abused woman who is weak willed or not too bright may allow herself to be used as a mattress by men, or simply as a doormat by an uncaring spouse. Depp was clearly a doormat; by all other accounts, he is a soft touch, apart from that foolish public utterance against Donald Trump!

What do lawyers think? Many, mostly American lawyers (of both sexes) were commenting on the trial, and the consensus is that justice was done. Indeed, the only people in the world who appear to be siding with Amber Heard outside of her personal circle are feminists,; some like the aforementioned Moira Donegan are lamenting that their pernicious #MeToo Movement is now dead. Indeed, Donegan is currently facing a defamation action herself over an infamous document with an unspeakable name in which prominent men working in the media were accused of sexual crimes up to and including rape.

The most ridiculous take on this trial though must surely go to The Root, a website aimed at politically correct black Americans wherein Candace McDuffie opined:

“If the mistreatment of a wealthy blonde haired, blue-eyed white actress is ridiculed by the world, what does that mean for Black women?”

She will have been as unhappy with the comments to her article as was Heard with the Virginia jury’s verdict.

Does anybody CARE? I have no idea what this is all about and I really don’t give a damn. There are far more interesting things in the world than a spat between two pathetic children. Bread and circuses.

FFS Team Alex. Get this shite off your site.
We come here to get away from the mainstream bullshite.
Duran audience does not care and does not want our eyeballs assaulted with this purple shit.
Just. Don’t. 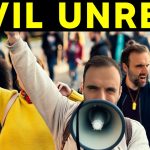 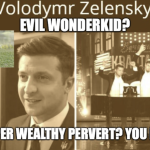