This article is going to be accompanied by several video clips. The clips are all reporting what I predicted locally a few days ago and sensed a couple weeks ago: Russia is winning, and as this becomes more and more obvious, the West may (‘may’ is all I can say, not ‘will’ – too many drugged Westerners!) wake up to the fact that it has been royally had by a bunch of con artists from Ukraine, who care absolutely nothing for the people living in that country, but who do care about lining their own pockets.

The archetypal “Servant of the People”, right?

It appears that he is serving himself, and probably some other corrupt billionaires in that nation. Let’s list the things he has done that seem to support this idea:

We could go on, but using these bullet points, let’s ask the question: Where is all the money going? The $40.1 billion package to aid Ukraine is estimated to only include about $6 billion worth of weapons, again a paltry amount considering the enormous costs of American weapons (Russia produces higher capability armaments for about 1/10th the price that the US military contractors charge.)

To determine where the money is going, let’s think about Mr. Green Futbolka himself, President Zelensky. Futbolka (Футболка) is both the Ukrainian and Russian word for “T-shirt”. Since the special military operation began, President Zelensky has worn what appears to be the same puke green futbolka every day. My guess, of course, is that he has quite a number of these, strategically and carefully dirtied by his very good Props department (he is, after all, an actor.)

So, billions of dollars are flowing into a country whose eastern borders are being pushed west, and if some reports about Poland are true, a country whose western borders may get pushed east, as Poland seems to have its own territorial ambitions about Ukraine. This strange story, which may admittedly be agitprop from the Russian side, is nevertheless gaining a bit of traction in the West. If it is true, one has to make a tiny leap in logic and ask himself a question:

One possible answer is as strange as everything else about this situation: Money. Money for a select few people, Volodymyr Zelensky being one of them, and a lifestyle beyond imagining. If Mr. Zelensky is forced into “exile”, it might be for him the equivalent of settling down in the dismal reaches of… Monte Carlo.

When you are the king of nowhere, you get a platform to announce your grievances and sufferings to the world, and get lots of money to “fix” the problem. However, the aggregate of military strategies employed by the West and Ukraine itself seem to be aligned towards the country’s destruction, just as Imposter Joe Biden’s domestic policies in the United States appear to be deliberate means of destroying the United States of America as founded, and even worse, to reduce it to a population of dependents, with no freedom, even to move about in their own nation. Look at the fuel prices, for example. With a national gasoline average price that just hit $4.67 per gallon (but curiously airline prices still seem rather low from my checks), the idea is ostensibly to strip people of their automobiles.

But the baby formula shortage seems to suggest “why have a baby if you cannot give it formula, because there is no formula?” – Absurd, right? But how can we be sure that our Government, run by absolutely absurd people, is capable of doing anything else BUT to be absurd?

And, Davos’ oligarchs have been making it clear that we will “own nothing and be happy…”

It sure looks like the riff-raff of the world (that is to say, us) are not part of The Plan.

I cannot draw any conclusions, but this is just an effort to point out just how weird things are become. There is certainly much more to add to this collage, and going forward, I will attempt to keep adding to this collection of absurdities.

Like the proverbial mass media consumer who doesn’t have a thought in their head which wasn’t put there by some msm rag, Zelensky and Biden are merely front men for the system and do what they are there and expected to do. Biden is fortunate if he is allowed to make a visit to the bathroom without permission.

Although there is an encouraging continual increase in new audience members paying attention to what is presented here and continual education is to be encouraged I think we have enough information to comfortably say that there is too much ethical and moral degeneracy in the system we are observing. Is continual education on this topic all we are capable of? Seraphim, you ask for connections. How about connecting our knowledge and intellect to action channels? I asked the same of Erik today. Please include ideas of actions we can take to rectify the problems you/we abhor. There are probably organizations… Read more »

Here is one idea. Select website or channels which we can influence. Prepare messages, preferably moderated by someone well known. All of us, as individuals, forward that message to the comment sections. This way our message appears often throughout the comment sections and many/most of the followers of that content provider are exposed to our message. . 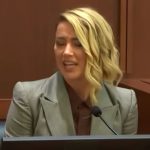 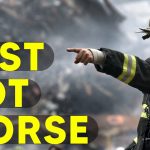