This programme or one like it is long overdue; screened late at night on September 10, it can currently be found on BBC iPlayer.

I Am Not A Rapist follows two young men and a teenager who were all accused of rape in different circumstances. First up is Liam Allan, whose case led to a review of all active rape cases in England and Wales. Of the three cases, his is the only one that had or should have had zero credibility. If a teenage girl tells her mother she was raped the previous day or even the previous week, that is a case that should be investigated. But when a young woman turns up at a police station and claims to have been raped repeatedly over a period of time by a man she last saw four months ago, she should be shown the door.

The programme begins with a reconstruction of the so-called interview at Bromley police station by a detective of Allan on the evening of January 31, 2016.

Previous reports about this case have gone into little detail, and the man himself has been generally shy about discussing it, suffice it to say that his former girlfriend appears to have been into rape fantasies in a big way.

When the trial opened, she testified from behind a screen, as has become the norm. Screens are incredibly prejudicial and with extremely rare exceptions should have no place in a British courtroom or any courtroom. The documentary makers speak to his barrister Julia Smart, and the Crown prosecutor, Jerry Hayes, who is the real hero of this case. Honest prosecutors are worth their weight in gold.

The judge wasn’t at all happy with the way the police suppressed the exculpatory electronic evidence, but this is hardly a new development. In May 1999, teenager Matthew Hilliard was tried for rape at Nottingham Crown Court. The non-victim claimed he had dragged her out of a nightclub and raped her in a dark alley. The CCTV said otherwise. These two cases alone beg the question how many men in prison worldwide would be there if they and their accusers were caught on CCTV or caught out by text messages.

In Liam’s case it is worth bearing in mind that the evidence used to acquit him was substantially the same as the evidence that should have exculpated Harvey Weinstein, except for Weinstein facing multiple accusers. Many of them actresses!

The second falsely accused here, Ashley, whose first name only is given, was the victim of a regret sex encounter with a young woman, a former lover, who had complained to him about the man with whom she was living. This begs the question, was she falsely accusing him too?

The viewer doesn’t hear from the third falsely accused for a very good reason. Teenage Jay Cheshire was questioned by the police on April 29, 2015. The investigation was finished on May 30, and no further action was taken, but at the beginning of July he bought his favourite energy drink, his favourite bag of crisps, and a length of rope, then hanged himself from a tree he and his sister used to play on when they were kids. He died two days later.

On July 18, 2016, his mother committed suicide as well. That left only his sister to speak on his behalf, as she has done before. Jay and his mother are pictured above.

We are fed the usual guff about unreported rapes and the “tiny” number of false allegations, but since 2016, over fourteen hundred men under investigation for rape or sexual assault have likewise taken what for some of them appeared to be the easy way out. Liam Allan and Ashley have had similar thoughts.

There is a simple solution to this: the police must stop pandering to pathetic women, be they accusers or those hard at work in the sexual grievance industry, while the courts must come down hard on false accusers. Don’t expect that to happen any time soon. 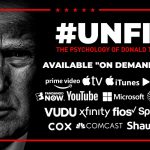 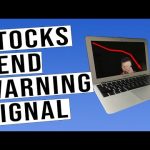