Giuliani: 650,000 Votes Were Counted Unlawfully In Philadelphia And Pittsburgh

Giuliani: 650,000 Votes Were Counted Unlawfully In Philadelphia And Pittsburgh

Authored by Isabel van Brugen via The Epoch Times, Rudy Giuliani, one of President Donald Trump’s personal lawyers, alleged on Nov. 11 that roughly 650,000 unlawful ballots were cast in Philadelphia and Pittsburgh, Pennsylvania. Speaking with Fox Business’ Lou Dobbs, Giuliani claimed that “almost none” of the hundreds of thousands of ballots were observed by Republican poll watchers.

The question is not whether the fraud was great enough to swing the election to Biden. The question is whether the president’s team can provide proof in numbers sufficient to convince the courts to right the wrong.The Dems clearly underestimated the turnout for the president and, so as to overcome his large leads in crucial swing states, had to hastily ramp up their vote fraud operations, including the use of cyber warfare,thus opening up all kinds of vulnerabililties for investigation. Thus the rush to portray Biden as universally recognized, despite the fact that neither Russia, nor China, nor Mexico have… Read more »

Uh, that’s like saying that if one of twelve jurors was bribed, then eleven jurors would be enough to convict the accused.

obviously, the best outcome would be if Biden and Trump both lost the election. But i guess this result will have to do instead.

Epoch Times is very iffy as a reliable source, Falun Gong owned media I have been reading it off and on for 20+ years(decent reporting on situation in Vietnam and Philippines as long as you are aware of anti-Chinese bias). As much as I would like to run with this story, and suspect its probably true, that’s whats called “confirmation bias”. I would be need a corroborating source.

Yeah, they’re like the Korean Moonies. Thankfully, they’re about as crude and transparent in their propaganda as well, the MSM and frankly, more so, hard as that may be.

Yup. Honestly, I don’t even really have an axe to grind with Falun Gong, but when you are looking stuff like this, you have to watch the source, whether they are saying something you agree with or not is beside the point. Quoting tainted sources effectively taints you, if you want to maintain credibility, its important to be guarded about this sort of thing.
With Falun Gongs issues with the Chinese Government, and Bidens close ties to same, their reporting on anything related to the Trump/Biden election has to be viewed in that context.

I look forward to the manual hand recount of the Georgia ballots. This will be an hard verification (as much as it can be) of the accuracy of how well the “computers” count the vote.
If, as I suspect, the software is compromised and the vote substantially differs in the recount to Trump’s benefit, then all other states that rely on the computers and dodgy software will have some ‘splaining to do. We’ll see….
One way or another this could set the tone for for electoral “counting” into the future.

To counter any Truth and Justice actually being done, FAUCI/GATES.con will just UP their COVRT[green curtain] ‘spike-the-graph0meter’ to smother the fires of evidence based election fraud in plandemic death fear.
MOCKINGBIRD will tweek the ‘D’notice algorithms, and the emboldened truth seekers will perish in the next paddock. Rather than this one.

The Trump strategy involves more than a recount. Courts have to consider claims of 4 am ballot dumps in Wisconsin, and Michigan, forbidding observation by democrats and republicans, ignoring order from the Supreme Court, ballots arriving outside of time limit, vote flipping by super computer “Hammer” with “Scorecard” application, Dominion software vote flipping, Postal Service envelope backdating, eyewitnesses to fraud, videos of poll workers filling out ballots. The fraud is massive.

For those who want to wade through it, the complaints v. Michigan and Pennsylvania were just posted on a news site. Loads of witness’s declarations outlining illegal activity. 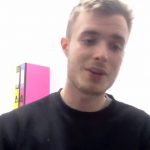 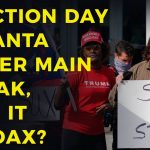