The war in Ukraine continues, but to what end? Thousands of Ukrainian Army regulars are fighting, apparently with great zeal, but against a much larger force. Men between the ages of 18 and 60 are forbidden to leave Ukraine, as they are to be conscripted into fighting whether they want to or not. By contrast, there are no conscriptions taking place in Russia, nor are there any indications that this is even on the table, though the Western media would have you think differently.

As Tulsi Gabbard, the former Democrat US Representative from Hawai’i noted in her amazing interview with “Push the Buttons of Doom” Fox anchor Sean Hannity, Ukraine has no hope of winning this war, and it is cruelty to these people to try to convince them they can win.

So, why is the fighting continuing?

Kim Iversen does a superb job outlining the Russian side fairly, as well as the points of view of Western leaders.

In particular, Iversen explains a few points that may be very useful for informing Western viewers:

However, the biggest issue of all is the question of, “why is the war still continuing?” Ukraine has no hope of winning, and President Putin’s stated conditions are non-negotiable, but they are consistent, and to some extent, President Zelensky already agreed to keep his country out of NATO. The other conditions are equally straightforward:

These conditions have not “evolved” in any appreciable way, though there is a rising question of where the borders of the Donbass republics would actually be established.

The two gentlemen that accompany Kim in her report exemplify the normal frame of mind of American media, most strongly at timestamp [09:54]

But then the rest of this is boilerplate “Putin = bad because… Putin.”

Points to Kim for her patience. I find this sort of arrogance both ignorant and preposterous. But it is also very comical – for here is a suited up fellow who is very sure of himself, and yet, every thing he says reflects only “the party line” of thought, and no original efforts to evaluate the situation such as Kim has done here and in her other reports.

It is, of course, quite likely that The Hill know this, and so the reporting is “Real Reporting meets Tweedle-Dee and Tweedle-Dum-Dum” as foils, much like the Five on Fox with its token liberal or CNN and the View’s token conservatives. However, this is noteworthy in the distinction between actual thought and propaganda regurgitation.

Or is it just me?

What a sick woman Clinton is.

Bitter and twisted. Just feel sorry for Bill and realized why he hung out at Epstein’s island. The entire Clinton family is mentally hurting and the Biden family ain’t far behind. Pretty typical I’d say. “Faith, Family and Tradition”? The family is toast because of lack of faith, but the tradition of their sick behaviour, continues. Typical elites in my opinion.

These lads are idiots, wishful thinking is what regulates their thoughts, they have not considered the possibility of US suffering a drawback.

“Thousands of Ukrainian Army regulars are fighting, apparently with great zeal, but against A MUCH LARGER FORCE.”

Not the case at all. Russia has used a max of 200 000 troops, whereas the Ukrainians had an army of 250 000 plus reserves plus police/border guards, navy, airforce, coastguards, etc plus Volkssturm…..well over 500 000.

This was never intended to be a full out invasion….it is a combined ops/police operation…a sort of SWAT team on steroids.

‘Robby SOAVE:”The difference with this one is that this is a war that Russia has started” ranks with the most ‘sophist-icated (sic) ‘reversals of fact’ ever uttered.
Why were the troop movements happening at all, Robby; would be the first question.
The RF countering and then pre-empting NATO/USAMO perfidy in UKRAINE
would the response. 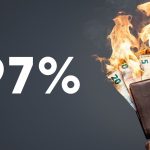 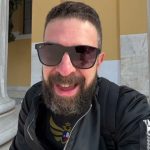