Let’s start by showing you the topic video straightaway.

As we have reported at various times, Tulsi Gabbard has a point of view on foreign policy which appears to bring her into the same fold as that shared by President Donald Trump, expressed in her basic premise here in this video: “We have to ask the question of how does what we are doing serve our interests as Americans?” and the corollary with regard to Joe “Brandon” Biden, et. al.: The administration has precisely and completely failed to explain why on earth Ukraine’s war against Russia is of any value for us to be involved with.

To be sure, Rep. Gabbard and Sean Hannity were sparring like boxers, and neither person stayed on just one point. However, the difference between the two is always very evident:

Tulsi is interested in the reality of the situation taking place, and she makes this clear with statements like the following:

So,… what? Draw Russia into a nuclear exchange? Is that what Sean is advocating?

As you can probably see, it is hard to tell. It appears to me that this exchange resembles the Russia-Ukraine conflict itself, in that one argument is pretty solid and objective: Russia will win this conflict. While both countries are certainly very determined, the stated purposes and goals of the Russian Federation have the greater sense of purpose, for this war is intended to stop the eight-year long fight that has already taken as many as 14,000 innocent lives in Donbass. As reported in a number of my other pieces, Russia is also fighting to protect itself and its culture from intrusion of Western ideas and ideals which most Russian people find repugnant.

One of the possible errors in all of this, which no doubt is part of Mr. Hannity’s erroneous assessment of this situation is that the fighting between 2014 and now before the invasion was kept largely in secret. Donbass was used by the Western media only as a propaganda foil to point at the spectre of “Russian / Putin aggression.” If there was an error on Russia’s part it was sort of a “baked-in” error that is the same as now – that Russian military and government sources do not publicize what they do.

That has been effectively turned against the Russian Federation before the eyes of Western voyeurs who nonetheless are very vocal and loud voyeurs.

A further question, no doubt, is “do we really want to play the voyeurs game on their terms?”

So far, the Russian answer is apparently “no.” To be sure, this is laudable in these crazy overexposed times, but it does make for the relative ease of extremely bad American and Ukrainian propaganda attacks, which is where we find Sean.

This is the most dangerous feature of this war, the fact that the people who have historically been “the good guys” are now “the really, really bad guys” but they do not know they changed.

This was exemplified in Hannity’s comments that Americans need not put a single boot on the ground in Ukraine, but that they could push buttons on computer consoles safe in the States and deal out massive death half a world away. But our people are safe.

This was one of the most frightening comments I have ever seen a newsman state. Hannity has stated this a number of times recently, and apparently without any clear idea of what he is actually saying. It is cold, cold like Satan himself, and absolutely the opposite of any sort of Christian love.

So, here, Sean Hannity is expressing a very twisted notion of God himself and certainly of the United States as a country that follows God in any way. Thankfully, though sadly, this is no longer true. Such comments show that the elite media structure is deluded, in fantasy and has no consideration for personhood, and no consideration for people in general.

Even the most Nazi-esque Azov person is probably more human than this.

Certainly, we must find ourselves praying a lot more and probably speaking a lot less. Pray for both sides. When this war is ended, bringing the people into true peace one with another is going to be very difficult. May God have mercy on us, and may it not be that this is just the opening segue to a much wider conflict. The Americans seem hell bent on making it wider. At least, most of the leadership we currently have.

Hannity just outed himself for the total dullard that he is. Catch phrases and hubris from a total blockhead.

Sir, You have put your finger on it. The neocon outlook, as expressed in extreme form by Hannity, is so morally depraved and anti-Christian that it best characterized as truly satanic. What Hannity claims to be Reagan’s or Trump’s policy is really that of Bush/Cheney. It is of concern that the President Trump reportedly consults with him, from which no good can ever come.

I agree with you. I met Sean many years ago, and I think he was a lot better centered at that time. But now… he seems to be a talking point regurgitator more than an actual critical thinker. It is both sad and dangerous. A lot of people really follow his show very fervently.

Trump should SUE the “CUNT”

As Tulsi Gabbard kept explaining, Ukraine cannot win this war. To give them weapons can only serve to prolong the war and the suffering – but Russia will still win in the end. Hannity demonstrates again and again, he does NOT understand, recognise or accept that comparatively simple reality. He doesn’t because his neo-liberal ideology prevents him from realising a reality contradictory to the ideology and fantasy he subscribes. I’m confident Tulsi would also ‘like’ to have expressed another reality, that Russia are the good guys in this conflict and that the West are very much the antagonists wanting this… Read more »

Giving them weapons, just like abandoning all those weapons in Afghanistan, means that the US arms manufacturers have to make more. Then they make piles of money. That is the whole point of the exercise. The west (politically) is totally immoral, and the sooner it meets its end, the better for the rest of us. How on earth we get rid of a system that produces Biden and Boris and the rest of the EU idiots is beyond me. Maybe guillotines?

Putin is a Dog Rapist
Rate this article :

At this point let’s just have this fucking nuclear war so we can get of the CANCER that is the Russian State. Fuck you all

Cranky Old Lady
Reply to  Putin is a Dog Rapist

It would also get rid of the cancerous US and EU as well.

Stevelancs
Reply to  Putin is a Dog Rapist

You should do a bit of research about who would or would not survive a nuclear war. The Russians have far superior weapons and why they haven’t knocked out the US electrical system ( take the time to look at how many power stations are near the coast, how dependent they are on one another to keep going, and how far Russian missiles can go) just to give all those couch-warriors something to think about is beyond me. Putin is far too gentle with his enemies.

Beginning in 2008, Hannity outed himself as a blood lusting neocon, as he reacted to the anti-war message of presidential candidate Ron Paul. He despised the peace message and likely the peace candidate as well.

So many lies by western MSM about russian conduct

Globalist & opportunist Tulsi straddles the middle too much. She had an opportunity to drop a bombshell of TRUTH, but continued to straddle the middle.

Tulsi voted “present” on Trump’s impeachment and that says it all. Putin, Trump, & Xi are all battling the evil-doing Globalists. The Globalists agenda is to oust Putin & Xi, having ousted Trump in their Deep State Operation, #2020ElectionSteal, and have no limit to the lives they’re willing to accomplish to achieve this.

When it comes to foreign policy, there is no difference between Democrats and Republicans. They both try to out-do one another in their warmongering and alpha-male theatrics. America is a young country that has already destroyed through wokism what little history it had. Its culture is now totally perverted and degenerate. It has no high-culture artists worth a dime. Yet, it deems itself the savior of the Western world. This hubris, combined with the crude ignorance of US politicians and most of the public, should not be allowed to dominate international policy. If there are sane, logical leaders out there… Read more »

Tulsi Gabbarrd was unfortunately sitting on the fence again and was too afraid to speak the truth and put idiotic Hannity in his place. She should have spelt it out and said that the real aggressors in this war are the warmongering NATO countries pouring weapons into Ukraine and as always pushing the boundaries.
This tv presenter is your typical arrogant american who relishes in wars and is so full of self importance.

Hannity is a Neo-Con – Like all neo-cons they love to see other people killed. Most likely they would be poor at best combat soldiers, if not outright cowards.
There are exceptions to every rule, but the vast majority of combat war veterans hate war and would do all they could to avoid it.

From reading some comments I must add:

Funny how some people think that their truth is the only truth. Read the full of Plato’s ‘allegory of the cave’. What you think as truth may very well just be a lie you have convinced yourself or had others convince you, is truth.
Tulsi may have a different version of truth and may be just as valid.

Hannity comes across as just as big of a meat head as Bongino. Their idea of history is what’s happening now and never mind the lies and misdirection that led us here.

God bless Tulsi. And what a d**k head Sean is.

Tulsi Gabbard came off as a well reasoned speaker .Hanity ,not so much

This asshole reporter should have a yarmulk on his head, what a Talmudic Zionist Dumb Puppet, some one should “SEND HIM OFF TO WAR” Cunt !

Russia is absolutely justified and they waited until the Neocons were about to launch a massive attack on the Baby twins. These Evil Demons are are being slaughtered right now just as they deserve to be. The Neocons are also being exposed making Biological and Chemical Weapons in the Ukraine designed to kill Slavs and the Labs were financed by Hunter Biden’s Rosemont Seneca Investments. Russia has the Documents to prove it too.

Wow! I am impressed with Tulsi Gabbard’s immediate reply that “those are tactics” and then asks “what is our purpose?’ 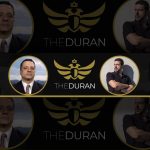 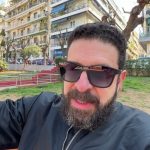