In the live stream from March 25 about geopolitics, Alex and Alexander got a question after 2:23:36 about Bosnia, Serbia, Kosovo is going to explode. Did I just hear you say that? If so, I would appreciate a deeper discussion about this.

Alexander replied that this will be in a later program and that they would call on me. Thank you very much for the shoutout.

My response is that a war over Kosovo is not likely in the immediate future. Sure, the Priština authorities use the war in Ukraine to make noise about a possible NATO membership for the Serbian province, not recognized as an independent country by half the world’s countries.

If the Serbian government continues to insist on international law, there is no immediate risk of a new war in Kosovo.

Even if there is some noise in Priština about the desire to be a NATO member, this is never going to happen because four of the NATO members have not recognized the Priština authorities as an independent country, i.e. Romania, Spain, Slovakia and Greece.

For Alex Christoforou’s Cyprus, a country that is a member of EU, but not NATO because of Turkey’s membership, Cyprus has not recognized Kosovo as an independent country either.

There is no chance that the Priština authorities can provoke Serbia into a war, and when there is no prospect that the Serbian province will join NATO. Thus, the situation will remain the same.

See the article Serbia finding its geopolitical position, balancing between Europe, the United States, Russia and China from July 21, 2021. The geopolitical situation has become more difficult after Russia started the war against Ukraine on Feb. 24, 2022, but Serbia should still work to be a country making bridges, not division between east and west.

Above you can see the latest video from me, in front of the department of defense and the Serbian chief of staff, bombed by NATO, starting a war of aggression lasting 78 days. However, now, if Serbia

As usual, a very good live stream from Alexander and Alex on Feb. 25

So, Russia should just sit back and watch as the foreigners running Ukraine continue developing bioweapons and nuclear weapons to unleash on Russia and whoever else gets in the way? Isn’t it naive thinking that these evil western forces doing terrible things should not be met with force? After decades of pleading by Russia to the west to understand their security fears, those pleas from Russia fell on deaf ears, while the west continued to expand NATO eastward and develop bioweapons and nukes as well as conducting coups. The leaders of the west are completely separate from the people they… Read more » 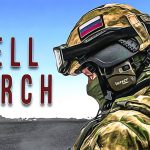 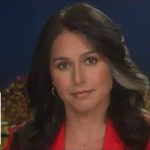