Mass protests, which swept across nearly all of Kazakhstan, began in the western part of the country because of a steep rise in the price of liquefied gas. In these areas, it is the main fuel for road transport.

As a reminder, back in 2019, the Kazakh authorities carried out a gas reform: fuel trade began to be carried out at special electronic platforms with the possibility of self-regulation of prices depending on the current supply and demand for the resource. Against the backdrop of a sharp rise in the price on the global gas market, the so-called “invisible hand of the market” triggered a surge in gas prices, which led to mass protests in regions of Kazakhstan with a difficult socio-economic situation.

The initial socio-economic protest, where people demanded lower gas prices, was quickly joined by a political component and protesters began to make their first political demands, including the complete resignation of the entire power hierarchy. The former socio-economic discontent disappeared: the protests immediately turned violent, and behind the backs of peaceful Kazakhs, thugs went on the rampage, trashing cities, killing people, occupying airports and looting shops.

Kazakh President Kassym-Zhomart Tokayev and officials close to him began to speak of a plot against the state and of an attempted coup d’etat by militants and extremists with outside help.

However, the presence of organised groups of radicals during the protests in Kazakhstan cannot be denied, as only well-trained fighters can wage urban warfare against professional security forces from the ranks of soldiers and police. Countless cases of looting, looting shops, shopping centres, ATMs and payment systems, setting government buildings on fire, taking over two hospitals, killing and beheading police officers confirm the organisation and brutality of militants who passed themselves off as peaceful protesters.

But this begs the question: if such groups were operating on the territory of Kazakhstan, who was involved in infiltrating militants into the country and then coordinating them? It is logical to assume that only the intelligence services of an entire country or group of countries could do this.

Potential clients of the protest

The leader of the protest was originally named as a certain Mukhtar Ablyazov whose coordinating headquarters was in the Ukrainian capital. On a Ukrainian television channel, he publicly stated that he was coordinating people and calling for a sweep of the Nazarbayev clan, the first president of Kazakhstan.
The influence on the protests in Kazakhstan from Ukraine is confirmed by the fact that the mobile numbers of Ablyazov’s headquarters, which subsequently appeared in the public information space, in fact belong to Ukrainian operators. Moreover, a recent video of the so-called “Front for the Liberation of Kazakhstan”, where unidentified men in masks, posing as patriots of Kazakhstan, called for radical opposition to the peacekeeping contingent of the CSTO, hints at ties with Ukraine.

Very soon the information appeared on the net that the video was created not by Kazakh patriots, as the participants of the video stated, but by the founder of the UNA-UNSO Dmitry Korchinsky, also known for his close cooperation with the Ukrainian special services.

As a reminder, as a reaction to the events in Kazakhstan, President Kassym-Jomart Tokayev requested help from the CSTO, which sent a peacekeeping contingent from all the member countries of the organisation: Russia, Belarus, Tajikistan, Kyrgyzstan and Armenia. The CSTO involvement had a major impact on the context and lowered the temperature: the peacekeepers undertook to guard critical infrastructure in Kazakhstan in order to free local law enforcement forces to cleanse the streets of bandits.

The CSTO peacekeepers themselves did not take part in the counter-terrorist operation, but only fulfilled the role of guarding vital infrastructure, military and social facilities. Earlier, President Tokayev announced the end of the peacekeeping mission of CSTO forces and the withdrawal of troops within ten days. Thus, the bloc’s peacekeepers will stay in Kazakhstan for no more than half a month.

Nevertheless, it is hard to imagine that the Ukrainian side could carry out such an operation without coordinating it with its foreign partners, which means that the potential beneficiaries of the mass protests in Kazakhstan could be in another country.

For example, self-proclaimed protest leader Mukhtar Ablyazov was traced to Britain. In 2009, he was granted refugee status there for fear of being arrested at home, but 3 years later he fled from Britain to France, where he became a vocal critic of ex-President Nazarbayev’s entourage.

This version also fits well with the fact that almost immediately an information campaign in support of the protests in Kazakhstan was organised by pro-Turkish networks of Telegram channels, which massively promoted the theme of the need for Kazakhs to resist the CSTO forces.

It is important to note that the rhetoric of the agenda, in terms of ideological content, almost exactly repeated the narratives that Korchinsky’s people in Ukraine had previously tried to throw in, and was aimed at inciting discontent with the peacekeeping contingent. It is known that Turkish secret services actively cooperate with their British counterparts, and virtually all of Ankara’s actions in the Transcaucasus and Central Asia are either directly linked to Britain or carried out with the help of British secret services’ consultants.

With what is going on in this part of the world ,the hate that some have for anything Russian ,it is not a stretch of the imagination to accept what this article alludes to and especially from some Ukraine sectors.
My thanks to the author of this article for the evidential confirmation.

I appreciate very much these kind of back-ground articles, with factual information about what exactly happened.
However, in these times of evidence-free ‘facts’ of the presstitutes in the MSM, it’s more necesary than ever for the alternative and independent media (like The Duran) to add the links to the sources of the facts mentioned in this article. 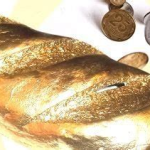 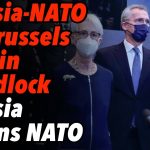