Joe Biden’s choice of Kamala Harris for his running mate surprised many people while others viewed it as predictable. The Trump campaign was quick to put out a derisive advertisement. Well, an objective one, actually. But while the President is more than happy to run against the greatest comic duo since Laurel & Hardy, there are many people who are not happy with Kamala, including in her previous role. Take for example Jamal Trulove.

Harris is regarded as a progressive, but Jamal didn’t think it very progressive for the Attorney General to send him to prison for murdering a friend on utterly tainted eyewitness evidence. Here he is in an interview with Vice. And as you can see, while Jamal’s conviction cost him some of the best years of his life, his eventual acquittal cost the City of San Francisco over $13 million dollars.

You’re probably familiar with the chameleon, an animal that changes colour to blend in with its background. A human chameleon is slightly different, this is someone who is prepared to change his beliefs or more often lie about them in order to advance his career, be it in politics or anything else. Like the real thing, human chameleons come in both sexes.

Kamala Harris often identifies as black; she is identified as “African-American” on her official Senate page. In fact, Kamala is definitely not African-American. Her late mother was from India, and her elderly father is from Jamaica. Somewhat embarrassingly he is descended from a family of slave owners. Where does that leave Kamala in the reparations debate? Just as embarrassingly she argues for mental health treatment as a form of reparations for slavery! She appears to subscribe to the absurd theory of post-traumatic slavery syndrome pioneered by Joy DeGruy. One is entitled to ask what Madam C.J. Walker – the daughter of former slaves; Louis Armstrong – born into poverty; Ray Charles – blind from the age of seven – would have made of this pathetic excuse for black criminality and every other human failing.

While businesswomen and those working in STEM fields usually make good on their own talents, Kamala is one of those women who benefited from the Peter Principle. And from her relationship with a married politician thirty and more years her senior. (Think Bill Clinton and Monica Lewinsky).

Kamala was one of the many detractors of Brett Kavanaugh, and said she believed principal Kavanaugh false accuser Christine Blasey Ford who exhibited “an extraordinary amount of courage”. In fact, Ford’s obviously well-rehearsed pantomime cost her nothing, while as ever the falsely accused man was on a hiding-to-nothing.

Curiously, Harris said she also believed Tara Reade who falsely accused Joe Biden.  To his credit, Cory Booker said he backed Biden, while now Kamala seems to have, what’s the word, amnesia! about this incident.

If all that isn’t enough to expose Kamala, check out the way she was utterly destroyed by Tulsi Gabbard in the televised debates last  year.  Harris never recovered from that savaging, and if she ever comes face to face with Donald Trump in similar circumstances, she will fair even worse, but at least unlike Joe Biden she will know city she is in.

They should rename that gal Cabala Harris.

Quote: Although Brown supported Harris in her successful 2003 run for San Francisco district attorney, she tried to distance herself from him in that race, telling SF Weekly that Brown – whose career was dogged by corruption allegations – was an “albatross hanging around my neck.” “His career is over; I will be alive and kicking for the next 40 years. I do not owe him a thing,” she told SF Weekly, vowing, “If there is corruption, it will be prosecuted.” Sure, sure. Lady, if you can’t smell corruption when that close and run away instead of to it, then don’t… Read more »

So, why did Tulsi Gabbard support the obviously deficient Joe Biden over Bernie Sanders? If it weren’t for Gabbard, neither Biden nor Harris would be the Democratic Party nominees.

Also, to see Gabbard’s face counterposed to Karmala Harris at the top of the article as if she were opposed to Harris is clearly misleading. 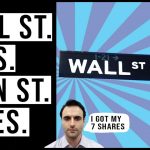 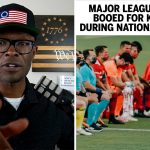