If you haven’t heard of the Peter Principle, it is named after its originator, Laurence J. Peter, who with innate modesty published a book so titled in 1970. Stated briefly, the Peter Principle means people will rise to the level of their incompetence. Boris Johnson is a rare example of this in reverse. He was sacked from his first job with the London Times, and his early career was a car crash, but he served two terms as a reasonably competent Mayor of London, and has been doing a similarly reasonable job as Prime Minister.

As Colin Flaherty pointed out recently, a corollary of the Peter Principle used to be that the female staff member was usually the smartest person in the room, or at the very least she was the one who did her job well. This was, he said, at a time when women were rarely promoted. We can take issue with that, but what cannot now be disputed is that many women, particularly in the political arena, are promoted way beyond their level of competence, and this as much as cultural Marxism or anything else is responsible for the current mayhem in America, and much of the rest of the world.

Consider this, Lori Lightfoot is the Mayor of Chicago, and with more than a little help from State Attorney Kim Foxx has run the city into the ground; Seattle is run by Jenny Durkan, who like Lightfoot is also a lesbian; Libby Schaaf is the Mayor of Oakland, California, and was responsible for the recent ludicrous incident of the “nooses in the park”.  Although Minneapolis has a male mayor, self-styled intersectional feminist Ilhan Omar has a pervasive influence there, and the same can be said for Portland, Oregon, the site of so much recent and ongoing upheaval. Commissioner Chloe Eudaly referred recently to Federal Occupiers, telling them to “GO AWAY” (and allow the mobs to burn the city to the ground).

And, it should never be forgotten, when she was Secretary of State, Hillary Clinton destroyed Libya virtually single-handed.

We don’t see these types of women in the Trump Administration; for example Kayleigh McEnany, and before her Sarah Sanders are clearly women of enormous ability; their charisma and looks are a bonus. The same can be said for Trump’s eldest daughter, Ivanka, and his First Lady, who speaks five languages – try that sometime.

Women who succeed in the private sector usually do so on their own merit, and those few women working in STEM fields always do. The exception appears to be journalism which attracts and rewards utterly mediocre women such as Amanda Marcotte and Jessica Valenti.

Some people see the problem not simply as feminism but women, and argue for their disenfranchisement. Tempting as this claim may be, it is clearly wrong. Margaret Thatcher was and remains admired and despised in equal measure, but in spite of her failings, as a grocer’s daughter and mother of two she brought to politics the sensible pragmatism of the Middle England housewife. It is women of her calibre – though not necessarily of her politics – who need to be elevated to positions of power in the United States and elsewhere, not charismatic morons like Alexandria Ocasio-Cortez.

You cannot be serious about Boris Johnson – I would have thought he was the perfect example of the Peter Principle. He was a good journalist and made no serious errors as Mayor of London, but is a total disaster as PM. He’s just put the UK into the worst recession in History thanks to his ‘lockdown’ response to Covid-19, having been bulldozed out of his initial response of allowing herd immunity to take place “Sweden” style. It’s going get worse, far worse economically. As for his virus policy, it was beyond idiotic as not only were the healthy placed… Read more »

I lika your viewa. That’sa spicy meatball. Yes, it depends on the woman, but unfortunately the only women coming through are the ones you call mediocre.

TheDarkMan is truly in the dark. 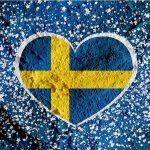 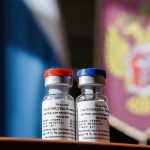